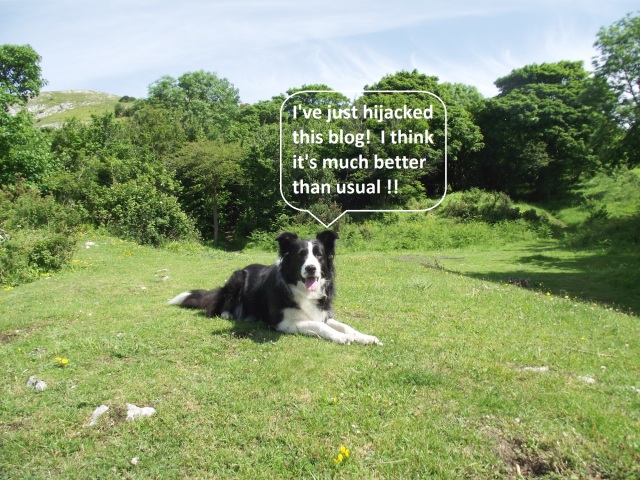 Well, there nearly wasn’t a blog this week – ‘The Boss’ and ‘Mrs Boss’ have moved house to Wales, and you wouldn’t believe the mess that the new place is in!!  How do you humans accumulate so much stuff?!  Instead of heading off to the hills or writing the blog, they are both unpacking loads of cardboard boxes, so this week I’ve hijacked the blog. 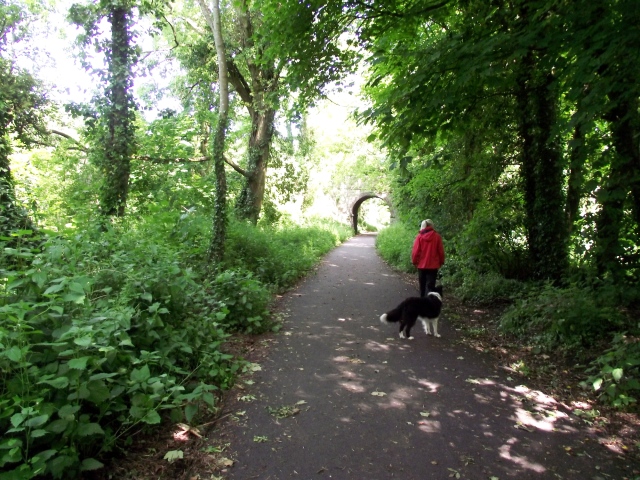 On the cycleway heading for Craig Fawr

Lots of steps on the way up Craig Fawr …

Mind you, they are fitting in a good walk for me every day, bless ‘em.  The Boss wrote about our new house and a great walk nearby in post #73, but my favourite walk at the moment is a little hill called Craig Fawr. 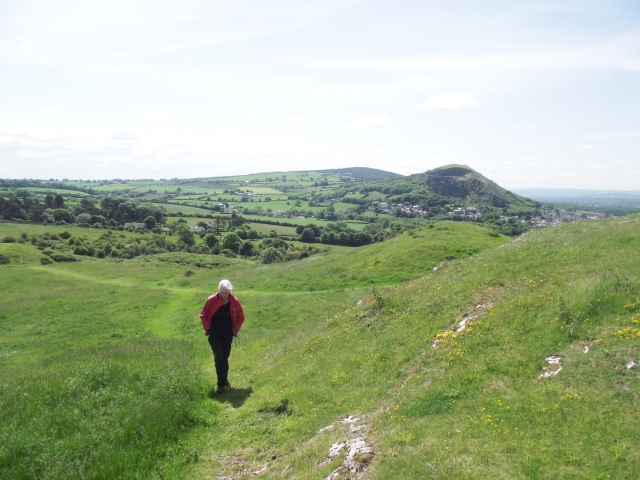 Looking back to Y Foel, right of centre – our kennel is just at the bottom of the hill

‘The Boss’ knows a few words of Welsh, so I know that Craig Fawr means ‘Big Crag’.  I’ll let you all into a secret – it’s not really all that big!  Our house is at about 110 metres and Craig Fawr is only 153 metres high, but what the heck, I like it – there are rabbits and things up there, and I always meet some of my doggie mates along the way.

The top of Craig Fawr with the sea beyond 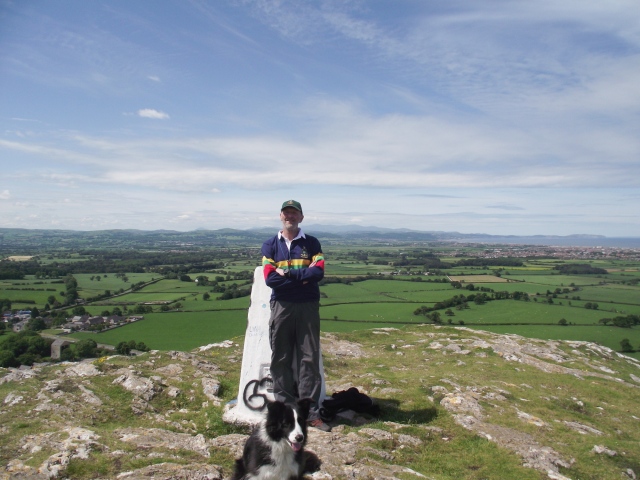 The Boss wearing his flashy Royal Marines rugby shirt, and looking very pleased with himself

Our route follows a cycleway that was once a railway line. (I know about those, ‘cos I’ve been on a train a couple of times)  There are dogs to ‘meet and greet’ and sticks to carry, it’s all great fun for a dog.

Looking for my doggie mates 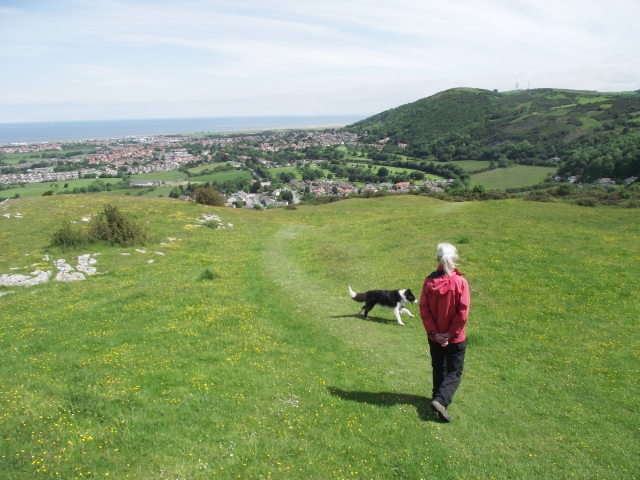 On the way down again

On the way up ‘The Boss’ and ‘The Mrs’ always spend time looking at the Snowdonia Hills – I’ve done a few walks there already, and I can’t wait to do more, once they’ve finished unpacking their stuff. 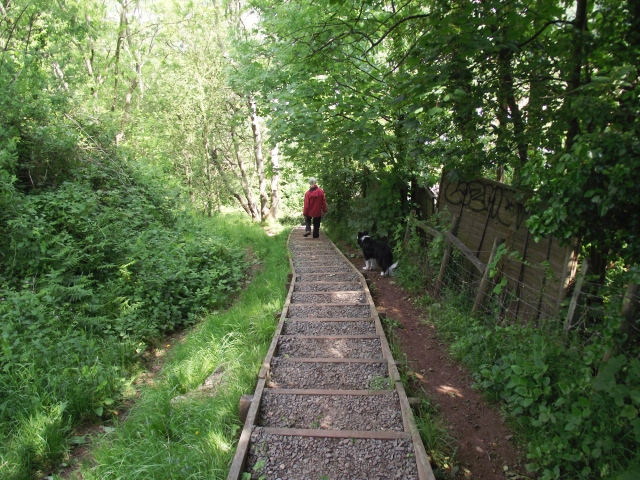 We get great views from the top of Craig Fawr, with lots of interesting things for me to sniff at, then it’s time to head back down.  We usually look at some small caves on the way back, but I’m not allowed in! 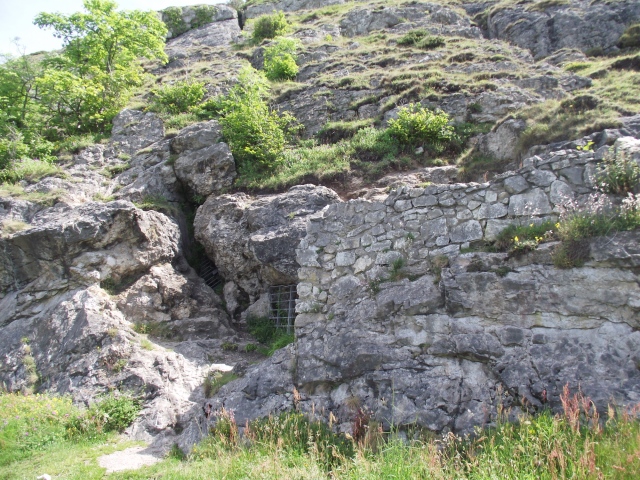 Some interesting limestone caves on the way back …

… but they’re all fenced off to keep us dogs out

Anyway, The Boss should have the boxes sorted by next week, so I suppose I’ll have to give the blog back – pity, I was just starting to enjoy myself!

I've been mucking about in the mountains for longer than I care to mention. I started out by walking my local hills, then went on to rock climbing, mountaineering and skiing. Still doing it, and still getting a buzz. I'm now sharing the fun, through my guided walking business (Hillcraft Guided Walking) and by writing routes for other publishers, mainly Walking World and Discovery Walking Guides. Just to make sure I keep really busy, I am also currently a member of my local mountain rescue team.
View all posts by Paul Shorrock →
This entry was posted in 5. North Wales and tagged Border Collie, Clwydian Hills, hillwalking, photography. Bookmark the permalink.