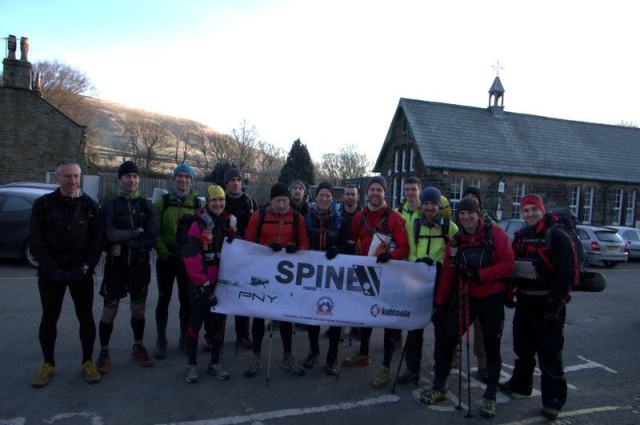 15 extreme athletes at the start line of ‘The Spine’ 2012 – three finished the course!

Let’s face it, you must have a screw loose to compete in an event like ‘The Spine’ race.  The Pennine Way in winter, 268 miles of the worst that Pennine weather can throw at you, and all to be completed in seven days – most ordinary mortals are pleased to finish in 17-18 days, but Spine contestants are not ordinary mortals!

The 2012 race starts in sub-zero conditions

….with a week to go to the finish line!

In the first ‘Spine Race’ in 2012, the attrition rate was high, with three finishers out of a field of fifteen.  The legend was born, and the field for the 2013 race is 53 runners.  As this post is published the competitors are two days into the event with changing weather conditions and frozen ground likely to make the going difficult. 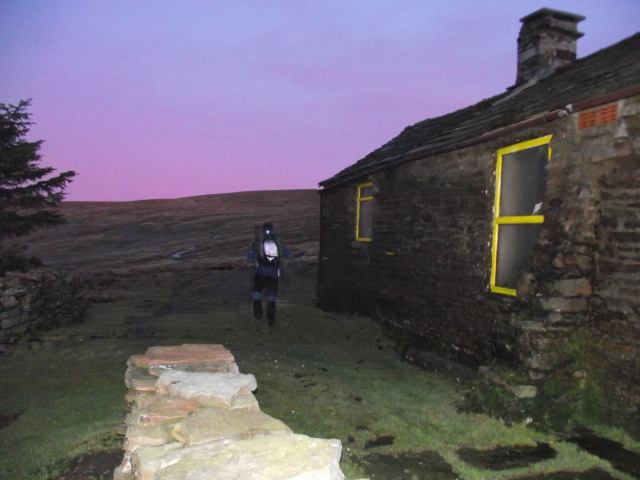 Mark Caldwell passing through Greg’s hut in the 2012 race 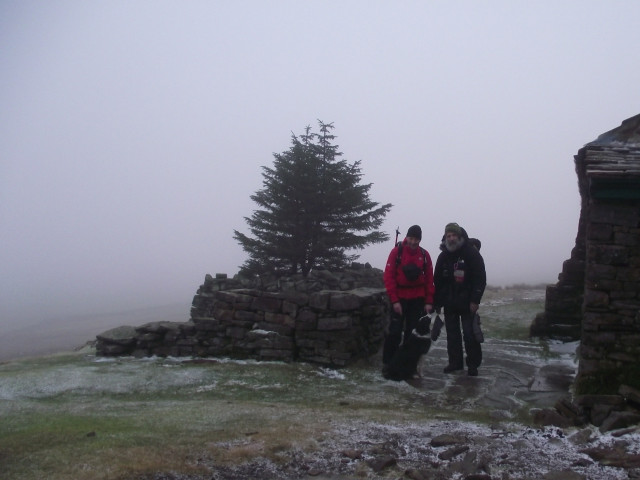 The start of the 2012 race had been marked by sub-zero temperatures, and by mid-week the weather was just generally foul!  From Tuesday to Thursday, John Bamber and I manned Greg’s Hut on Cross Fell as a safety checkpoint, accompanied by my Border Collie ‘Mist’.  During that time the four surviving competitors passed through our base. 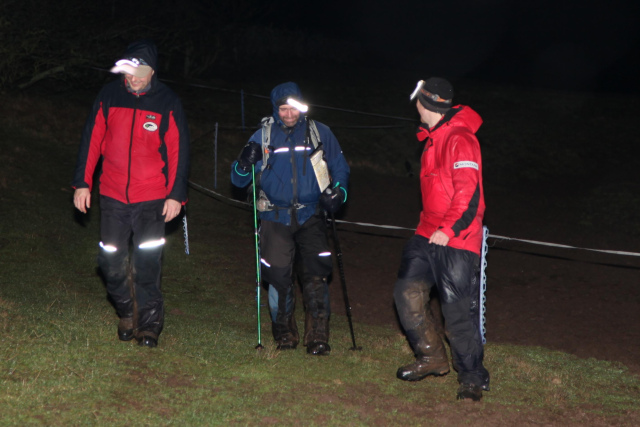 The first race was modest in the number of competitors but mega-bold in concept.  This year 53 runners will attempt the challenge, and between Tuesday and Thursday John and I will be back in our cold, damp and draughty hut waiting to welcome them.  The weather forecast is great – if you like sub-zero with snow that is!  Come back next week to see how it all went. 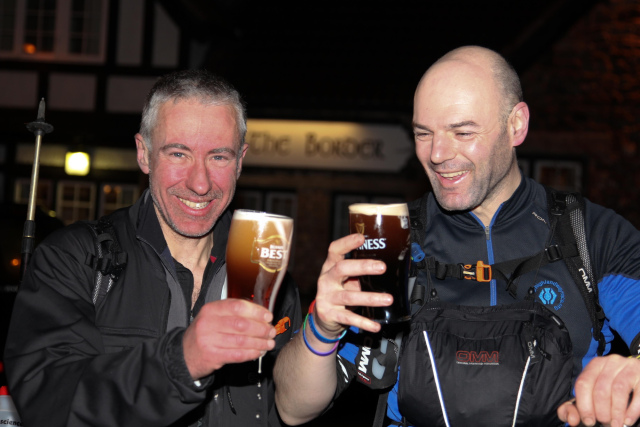 Steve and Gary celebrate the finish of The Spine 2012

p.s.  As I’ll be sat in an isolated mountain hut while most of you are reading this, I won’t be able to reply immediately to comments, etc.  It’s also not certain when I’ll be able to put together the sequel, with the story of ‘The Spine 2013’, so next weeks post may be a day or two late!

p.p.s  When the race started on Saturday 12th January, I was still in North Wales – our Border Collie ‘Mist’ was going through her obedience and stock (sheep) tests for SARDA Wales (Search And Rescue Dog Association).  We passed, and now start on about two years of training to qualify her as a Search and Rescue dog – wish me luck because ‘Mist’ doesn’t need it – if a dog/handler partnership fails it’s always the handler’s fault!  Quick turn-around now, and off to join the rest of the support team on the race.

I've been mucking about in the mountains for longer than I care to mention. I started out by walking my local hills, then went on to rock climbing, mountaineering and skiing. Still doing it, and still getting a buzz. I'm now sharing the fun, through my guided walking business (Hillcraft Guided Walking) and by writing routes for other publishers, mainly Walking World and Discovery Walking Guides. Just to make sure I keep really busy, I am also currently a member of my local mountain rescue team.
View all posts by Paul Shorrock →
This entry was posted in 4. Northern England, Uncategorized and tagged hillwalking, Pennine Way, photography, Spine race, winter. Bookmark the permalink.