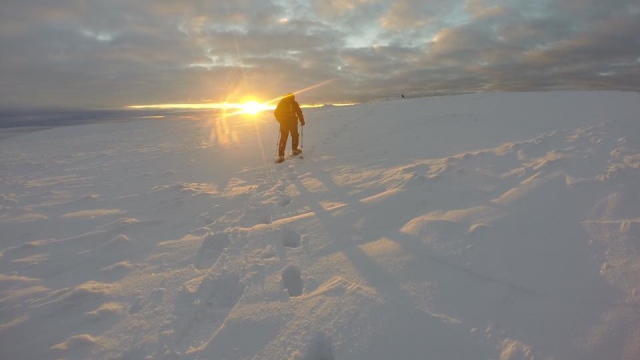 Winter on Cross Fell – Javed Bhatti on his way to Edale

On 16 January 2016, the fifth Montane Spine Race ended at Kirk Yetholm in Scotland. Of the 68 racers who had started only 24 reached the finish, adding to the myths surrounding ‘Britain’s most brutal race’.    One of the last to finish was Spine veteran Javed Bhatti, but he wasn’t in any kind of a hurry.  Instead of joining the celebrations with the other finishers he had other plans – he was about to turn round and reverse the 268 miles back to the start point in Edale! 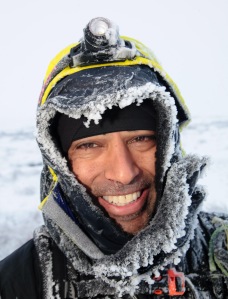 The Pennine Way was Britain’s first National Trail, and still holds the honours of being the longest.   The route follows the Pennine Hills, the ‘Spine of England’, for 268 miles, and can be a rough trip in high summer – in Winter it is unbelievably wild and savage, with Atlantic gales driving snow and rain across the route.   To complete the route once in these conditions is amazing, to contemplate repeating the experience is simply unbelievable – that is until Javed believed in it. 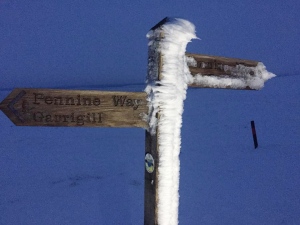 Winter on the Pennine Way

It was OK for Javed – he had a plan, but what about the rest of us?    There was no way that anyone connected with the Spine Race, and who had some spare time, was going to let him go all that way alone.    John Bamber and I debated on re-opening ‘the highest noodle bar in the UK’ at Gregs Hut, but as we were getting our ideas sorted out it became apparent that Javed wasn’t going to slow down to give us time to set up shop – we needed a new plan. 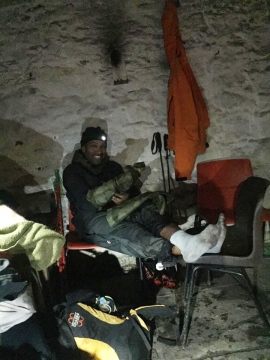 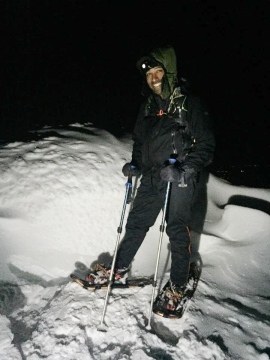 …. before setting out again 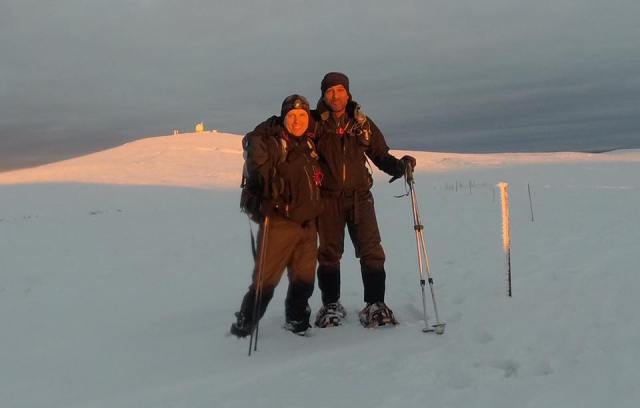 So, for a brief moment, ‘Johnnie’s Original Noodle Bar’ at Gregs Hut was under new management.   Javed and his support runners were making good time on the route, helped in Javed’s case by the sensible addition of snow shoes.   Meanwhile, the ‘cunning plan’ that John and I came up with was to shift our sights south to Pen y Ghent in the Yorkshire Dales. 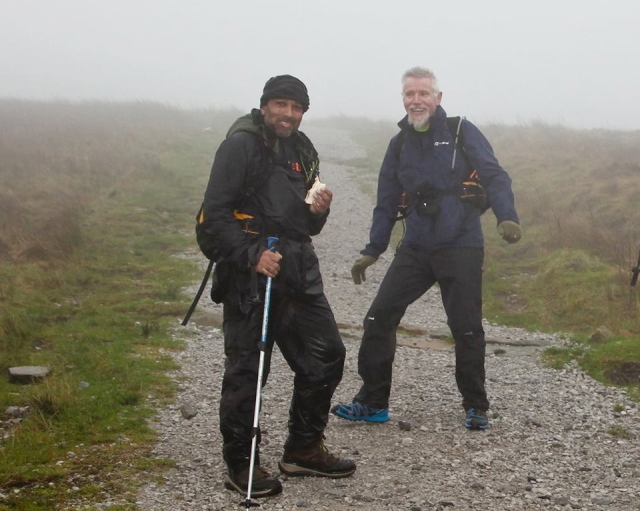 …. on a misty, moisty morning

Javed’s progress was being followed online via his tracker device, and as I set off from North Wales to join John for the Pen y Ghent leg I could see that I had plenty of time – Javed’s progress climbing south from Hawes had slowed right down, but as I checked his position whilst stuck in traffic I realised that the pace had picked up again, and there was a possibility that I wouldn’t make it in time to see him set off from Horton in Ribblesdale. 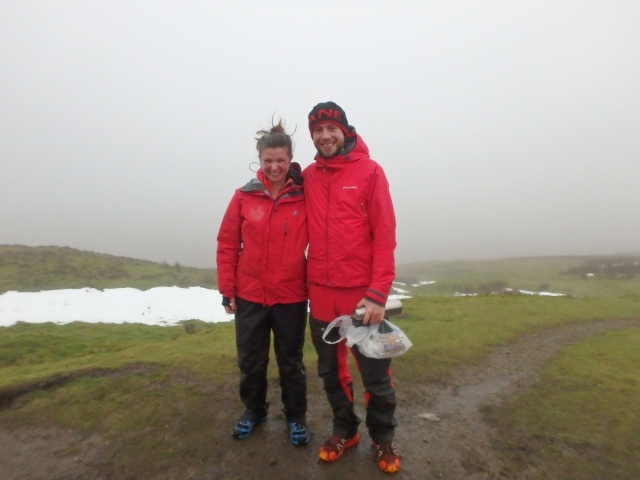 I arrived in just enough time to wave him off to Pen y Ghent.   John Bamber decided to take his several tons of camera gear and to accompany Javed over the summit – I decided that by the time I had sorted out boots and rucksack I wouldn’t have a hope of catching up, so Al Pepper and I plus our dogs decided to ‘nip up’ the short route to meet Javed and his team coming down from the summit.    We were joined by Matt and Ellie of Summit Fever Media who had taken a different route up the mountain, and there we waited for Javed – we didn’t have to wait long! 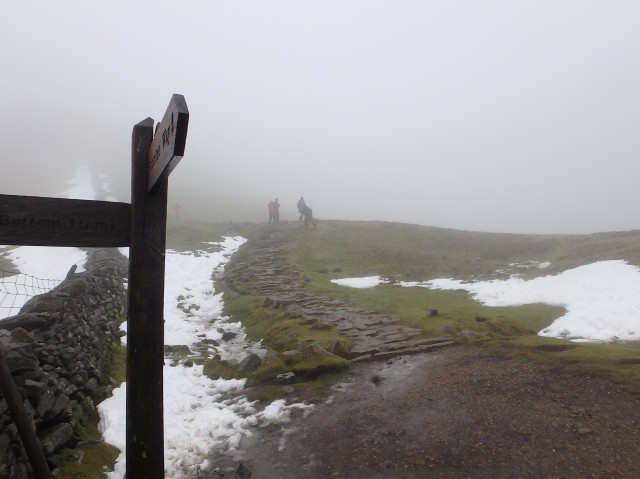 Javed heading down from the summit of Pen y Ghent …. 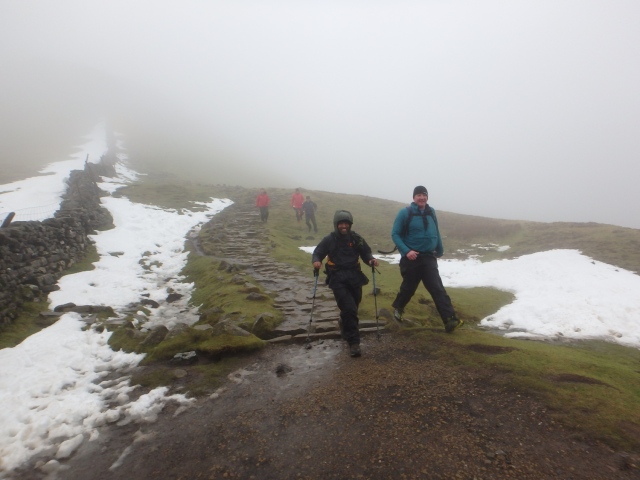 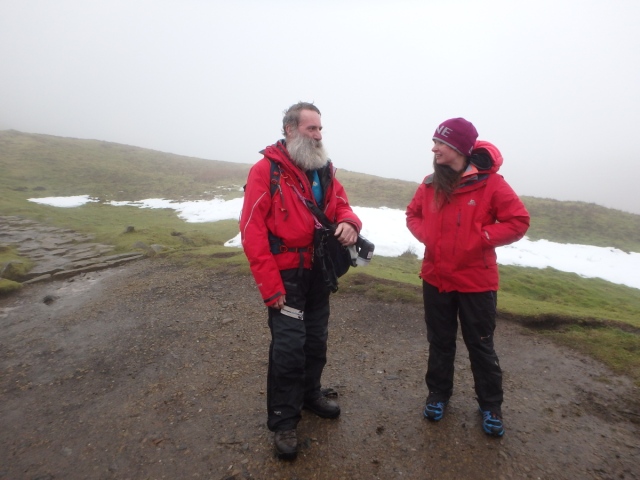 Out of the mist came the familiar wall-to-wall smile, followed shortly afterwards by John who conceded that stopping for a pee then trying to catch up whilst carrying his cameras had not been his best idea of the day!    As Javed continued, pursuing his goal of a Pennine Way double in winter, we set off down to Horton leaving the hills to the winter winds. 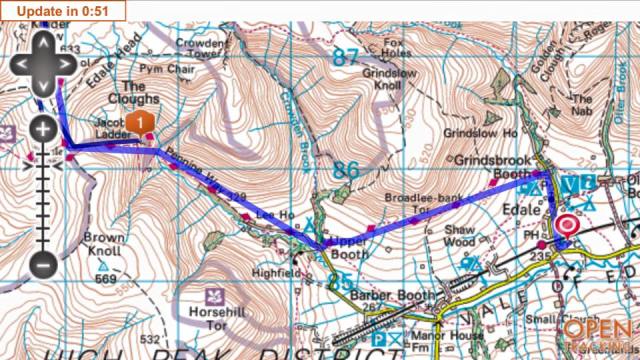 Nearly there! – Javed’s tracker [1] showing him at Jacob’s Ladder 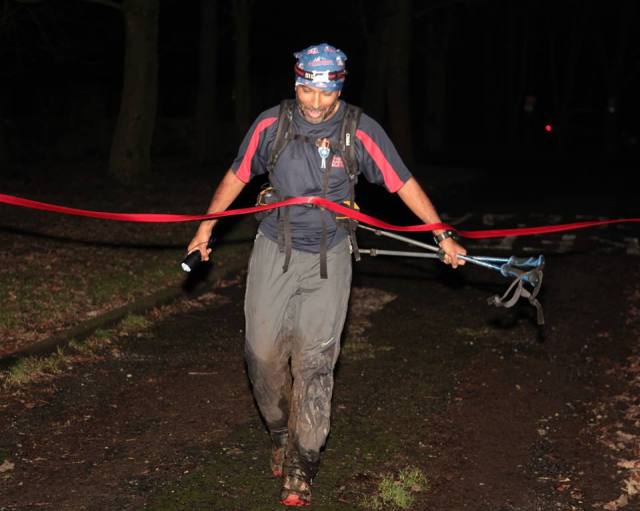 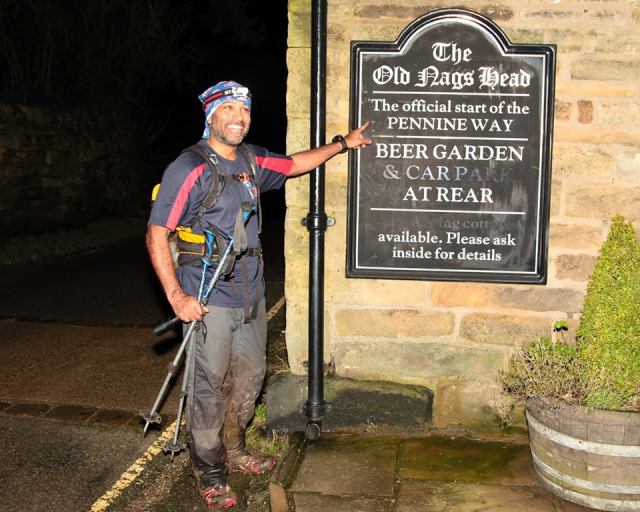 …. and the official start (or finish) of the Pennine Way

The rest of the story was followed by hundreds of people online.    Javed continued in good form, arriving at Edale in a slightly longer time that he had taken on the outward leg, having completed his double crossing of the Pennine Way in winter, a remarkable achievement in any book.    Not content with achieving his own goal, he was sponsored by supporters to a sum of around £5000, which will go to the volunteer Mountain Rescue service.    A new legend is born in ‘Britain’s most brutal race’! 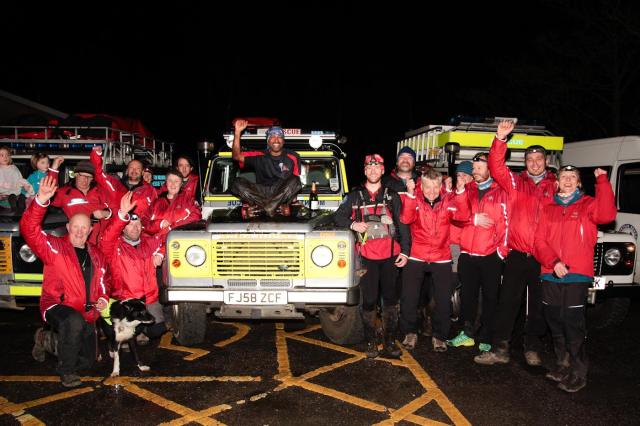 The Mountain Rescue volunteers who turned out to welcome Javed …. 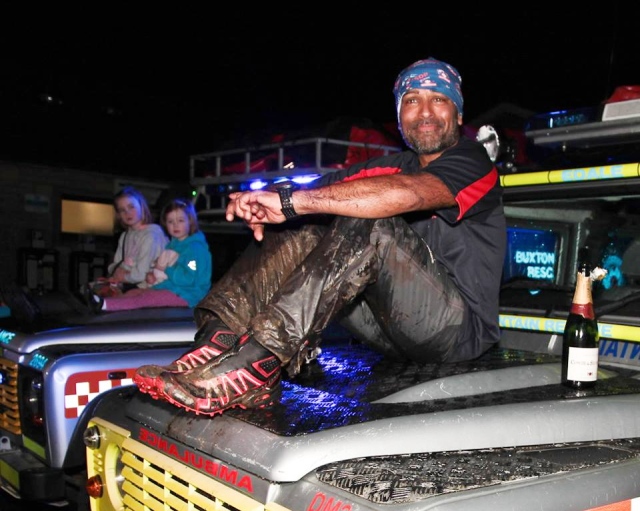 …. and a proud moment for a remarkable athlete

I've been mucking about in the mountains for longer than I care to mention. I started out by walking my local hills, then went on to rock climbing, mountaineering and skiing. Still doing it, and still getting a buzz. I'm now sharing the fun, through my guided walking business (Hillcraft Guided Walking) and by writing routes for other publishers, mainly Walking World and Discovery Walking Guides. Just to make sure I keep really busy, I am also currently a member of my local mountain rescue team.
View all posts by Paul Shorrock →
This entry was posted in 4. Northern England and tagged Border Collie, mountains, Pennine Way, photography, Spine race, winter, Yorkshire. Bookmark the permalink.