#21 – If at first you don’t succeed… The Nantlle Ridge 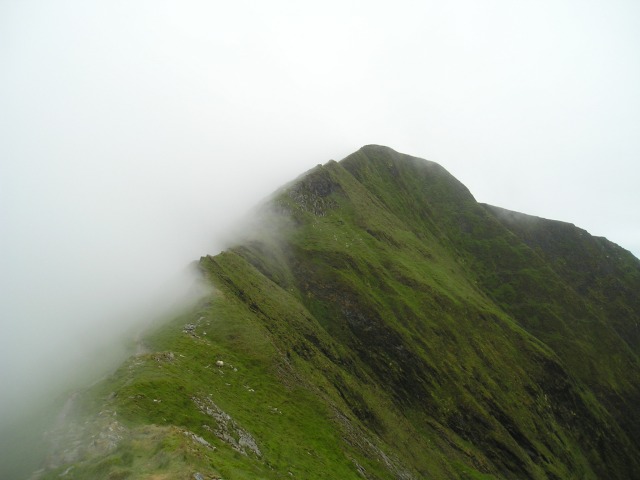 My last trip to Snowdonia had been on 3rd December (blog #3).  I had intended to walk the east section of the Nantlle Ridge as part of the research for the Discovery Walking Guides Snowdonia project.  I already had a GPS track log for the route, but it was a messy composite of two different days walking – I also had some photographs, which were OK if you like different shades of grey mist, but didn’t really show the route to its best advantage.  A combination of deep, fresh snow and low cloud meant I was unlikely to improve on what I already had, so I made a vow to return before too long. 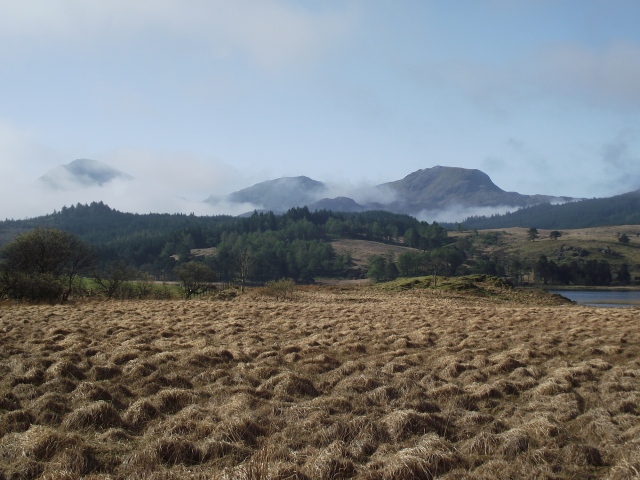 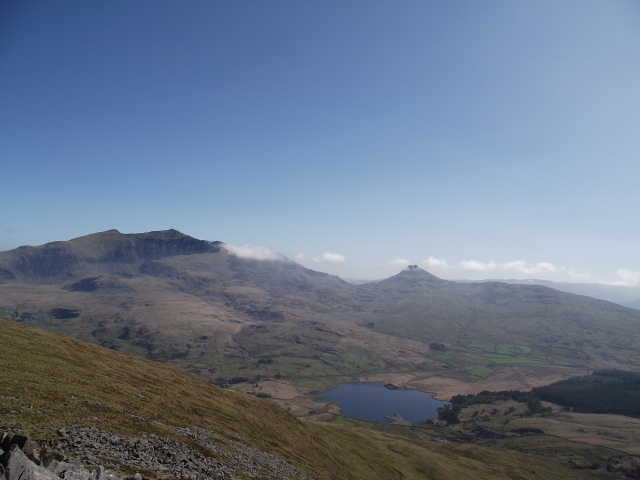 Yr Wyddfa (Snowdon) with Yr Aran off to the right

8th April – A weather forecast so optimistic as to be almost a work of fantasy had tempted me back to North Wales.  Following my usual route cross country from Ruthin to Cerrigydrudion, I had an early view of Tryfan and the Glyderau, and there wasn’t a cloud in sight.  So, I couldn’t believe it as I approached Pen y Gwryd and saw the clouds down low over Yr Wyddfa (Snowdon).  By the time I reached the start point at Rhyd Ddu things were starting to improve a bit, and as I set off up Y Garn the clouds finally broke up.

Mynydd Drws-y-Coed - "Up Close and Personal"

The most interesting part of the ridge comes into view near the top of Y Garn, with Mynydd Drws-y-Coed standing up like a shark’s fin.  As well as looking interesting, it has the most technical part of the outing, being classed as a grade 1 rock scramble – this is probably over-graded, as there are only a couple of places where you have to stop and think about the next move.  Extra interest was added by the state of the rock – slate, still a bit greasy after the damp winter weather, requiring just a bit of care extra.

The summit of Trum y Ddysgl

The ridge off Trum y Ddysgl

Then all too soon it’s over, at least as far as the rock is concerned.  What follows is a superb romp along an undulating, grassy ridge.   You not only look as if you are on top of the world, you also feel as if you are!  The summit of Mynydd Drws-y-Coed is succeeded by a small grassy plateau on Trum y Ddysgl (highest mountain of the day at 709 metres), from where a wide, easy path drops down to a col with bit more scrambling on the way.  From there an easy slope takes you up to Mynydd Tal-y mignedd, with its large stone obelisk marking the summit. 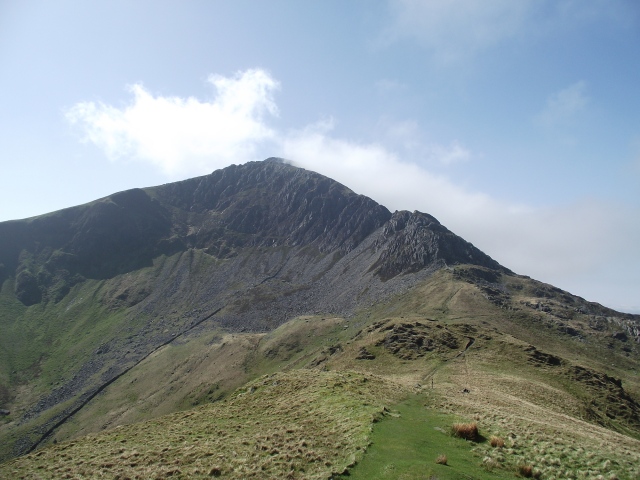 Another wide, grassy ridge drops down to a col nestling below the imposing and impressive Craig Cwm Silyn.  That was for another day though.  The complete Nantlle Ridge from east to west is recognised as one of the finest high-level routes in Wales, but getting back to your start point at Rhyd Ddu is far from simple, unless you use two cars.  A simpler option is to leave the route before Craig Cwm Silyn, taking an easy descent down a grassy cwm to return to Rhyd Ddu by a bridleway through the edge of Beddgelert Forest.  A visit to the Cwellyn Arms to finish off was the perfect end to a perfect day

The easy descent down the grassy cwm

Looking back to Craig Cwm Silyn from the bridleway

I've been mucking about in the mountains for longer than I care to mention. I started out by walking my local hills, then went on to rock climbing, mountaineering and skiing. Still doing it, and still getting a buzz. I'm now sharing the fun, through my guided walking business (Hillcraft Guided Walking) and by writing routes for other publishers, mainly Walking World and Discovery Walking Guides. Just to make sure I keep really busy, I am also currently a member of my local mountain rescue team.
View all posts by Paul Shorrock →
This entry was posted in 5. North Wales and tagged Discovery Walking Guides, hillwalking, mountains, Nantlle Ridge, Snowdonia, Yr Wyddfa. Bookmark the permalink.