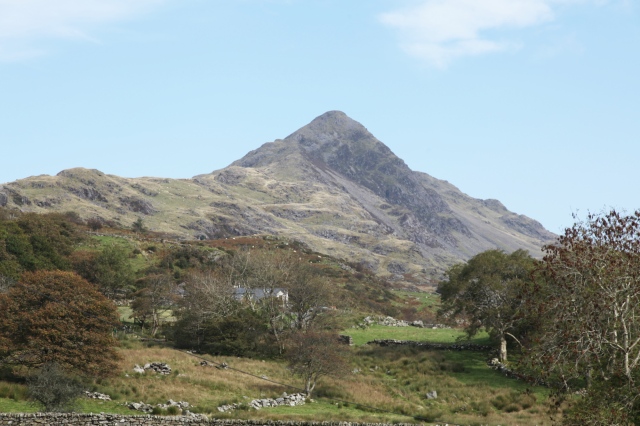 Sat at home in the middle of ‘normal’ UK October weather (dank, misty drizzle), it seems strange that two weeks ago we were walking the hills of Snowdonia wearing T-shirts.  Yet, that’s exactly what happened, and I have the evidence! (Blogs #46 and #47)  And we still had another day to go on Cnicht, sometimes known as the “Welsh Matterhorn”. 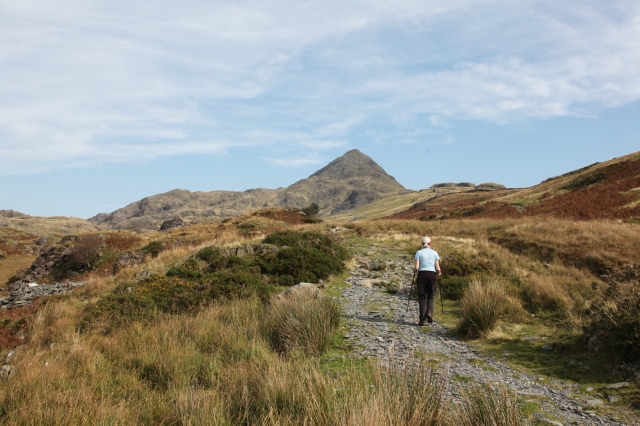 On the way to Cnicht from Croesor (JB)

The latter part of our Ogwen to Capel Curig walk (Blog #47) had seen Miv struggling down to the finish with an injured knee.  Not unreasonably, she informed us that she had no intention of having a similar day (The phrase “I would rather have pins shoved in my eyes” was used at least once!) and also not unreasonably, she requested that if she was to be abandoned for the day, that it be in a pleasant location.  So, that would be Croesor, then! 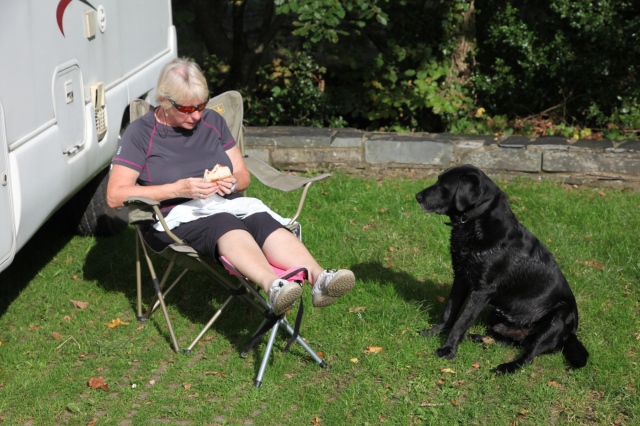 Miv having lunch with one of the locals in Croesor. (JB)

We were looking for something fairly short, due to time constraints, but also something useful for a current project – I’m doing the research for a Snowdonia walking guide for Discovery Walking Guides (DWG), and the previous two walking days in the Carneddau and Glyderau had resulted in two more routes for the book.  Another productive day would be the cherry on the cake! 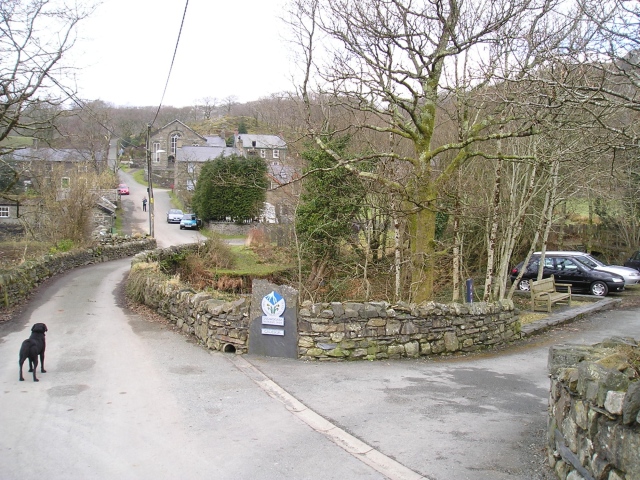 The answer was Cnicht, a smashing little mountain which I had already recorded for DWG, but although I had the GPS tracklog and a route description, the photographs were poor – the most attractive and photogenic route isn’t much good for ‘pics’ when the mist is down!  So, we had half a day available, clear sunny weather and my photographer mate John Bamber in attendance.  A new portfolio of images for cnicht would make the best use of all three. 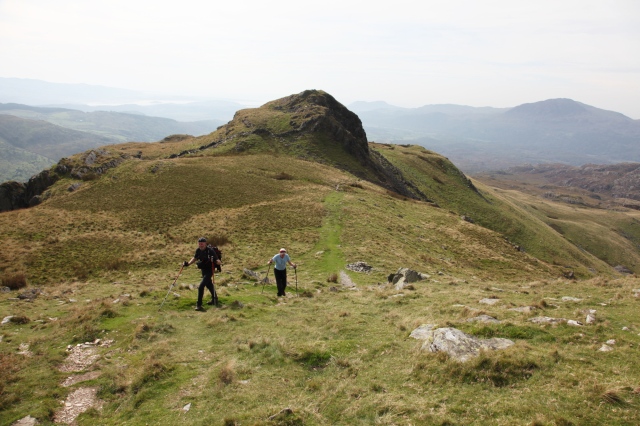 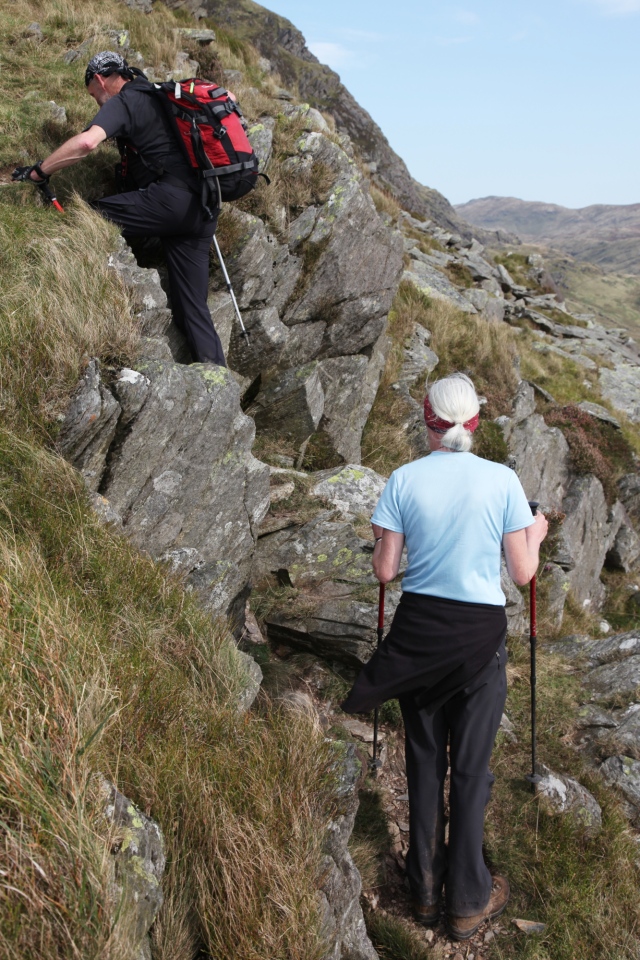 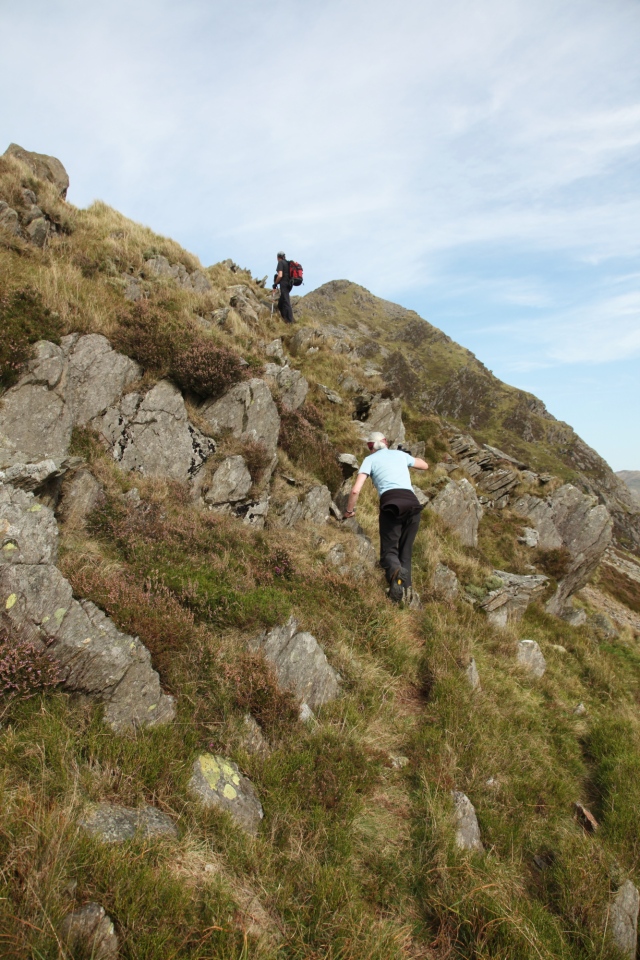 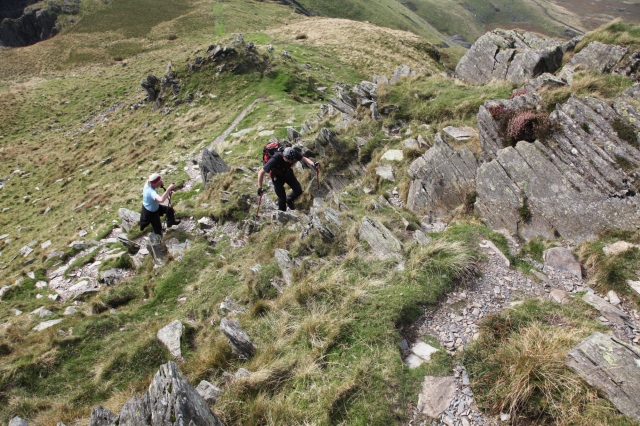 The route from Croesor starts steadily enough, and with clear weather conditions the distinctive ‘pointy’ summit of Cnicht soon comes into view.  A broad grassy ridge eventually narrows and becomes more rocky, and therefore more interesting!  Just before the final part of the ascent, a flat grassy area gives a great viewing platform and lunch spot.  My existing photos for here were unusable because of mist – no problem today, though. 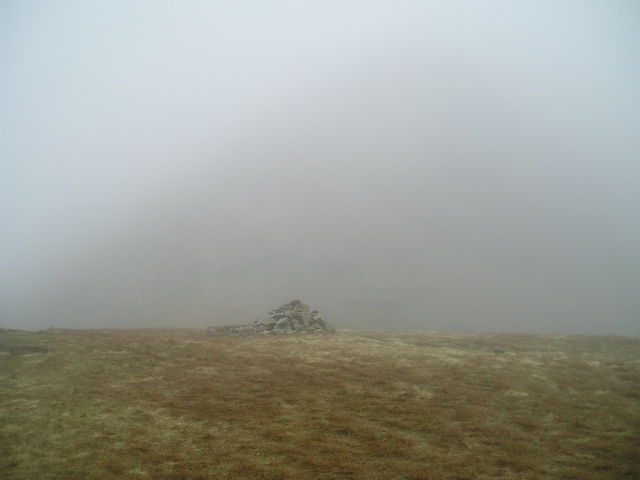 The flat, grassy area on a misty day 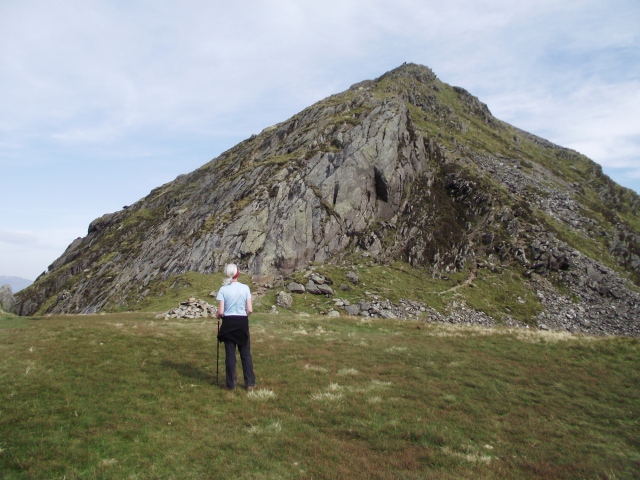 The same view on a clear day!

What happened next could be regarded as cheating, but was a pragmatic solution to lack of time.  Chris set up base camp on the grassy area (i.e. got the coffee out) whilst John and I ditched rucksacks and blasted up and down the final rocky scramble to the summit – the dog doesn’t drink coffee, so she decided to come to the top as well.   Given more time we could have continued to finish the circuit round Cwm Croesor, but having completed the photographic mission we re-traced the route we had taken on the way up. 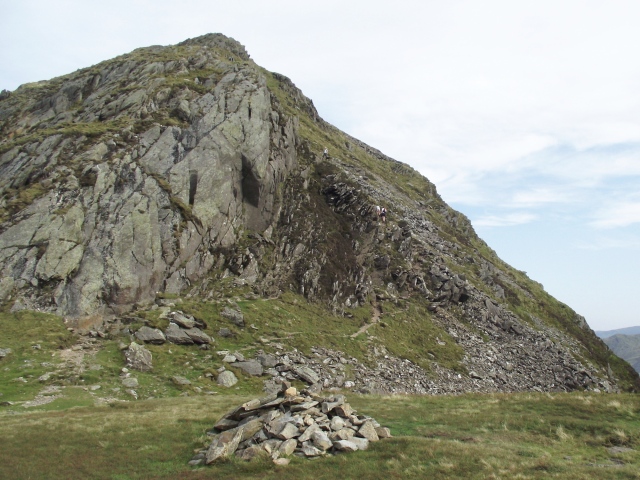 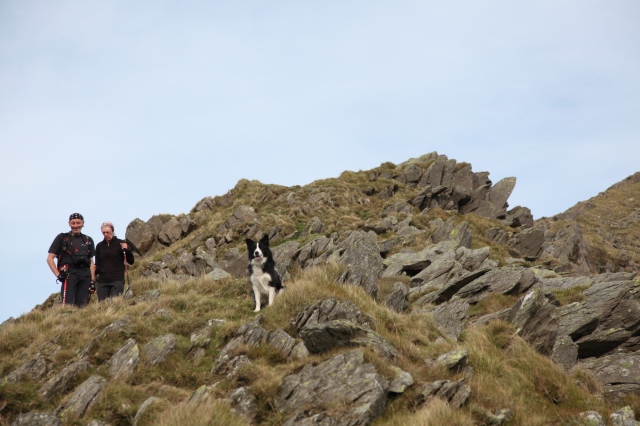 On the way down (JB) 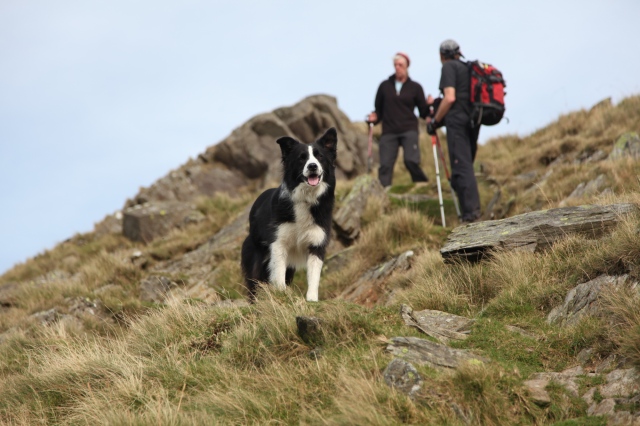 We had another great day out, in almost heat wave conditions, and came back with a good set of images.  A good result all round! 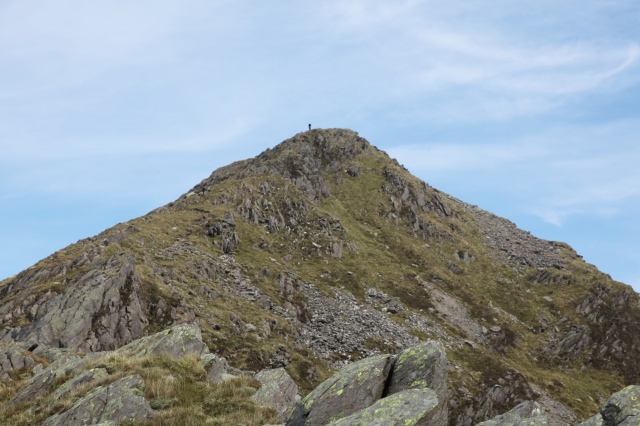 Looking back to the summit of Cnicht (JB)

I've been mucking about in the mountains for longer than I care to mention. I started out by walking my local hills, then went on to rock climbing, mountaineering and skiing. Still doing it, and still getting a buzz. I'm now sharing the fun, through my guided walking business (Hillcraft Guided Walking) and by writing routes for other publishers, mainly Walking World and Discovery Walking Guides. Just to make sure I keep really busy, I am also currently a member of my local mountain rescue team.
View all posts by Paul Shorrock →
This entry was posted in 5. North Wales and tagged Cnicht, Discovery Walking Guides, hillwalking, mountains, Snowdonia. Bookmark the permalink.