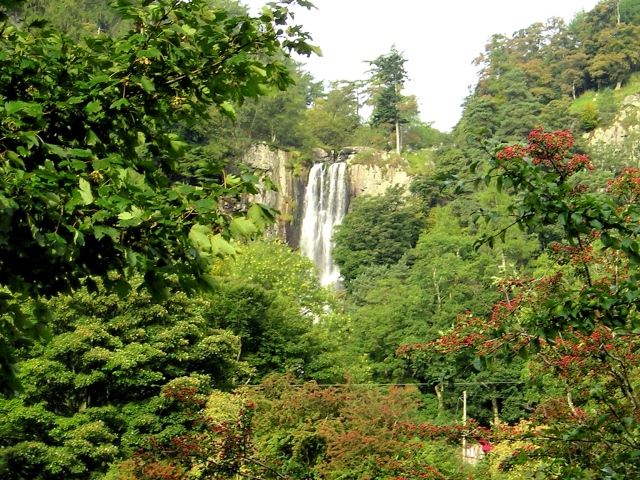 Pistyll Rhaeadr, one of the “Seven Wonders of Wales”

Why is the number Seven so significant?  Seven days of the week, Seven deadly sins, Seven virtues, Seven Heavens, Seven Brides for Seven Brothers (eh?!…)  Well OK, you probably get the picture….

In Wales it is said that there are Seven Wonders, listed as –

“Pistyll Rhaeadr and Wrexham steeple, Snowdon’s mountain without its people,

A couple of years back we took a look at number one on the list, the waterfall of Pistyll Rhaeadr. 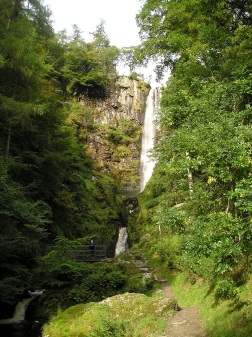 The path to the foot of the falls 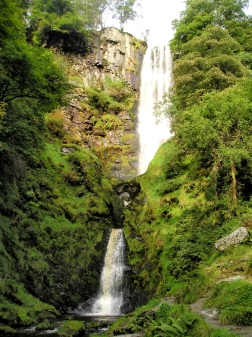 Closer view from the footbridge 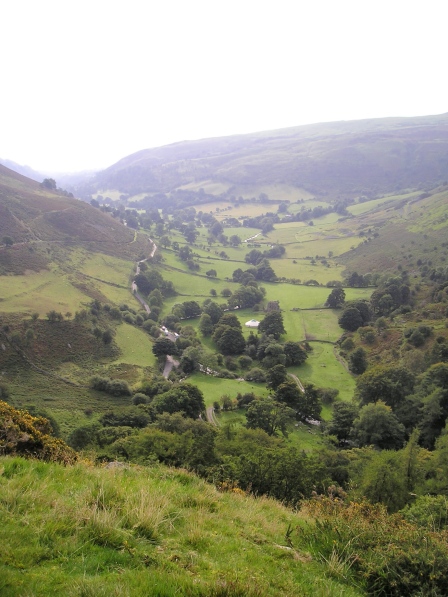 The view down the valley from near the top of the falls – the narrow lane is a dead end, and the only way to and from the waterfall for vehicles

Pistyll Rhaeadr is a magnificent waterfall, well worth a visit.  Yet for one of the ‘Seven Wonders’ it gets surprisingly little attention from visitors.  The waterfall is at the end of 6 kilometres of very narrow lane, approached from the village of Llanrhaeadr which itself seems to be miles from anywhere.  If hordes of tourists turned up, you just wouldn’t be able to move, so perhaps that’s why it doesn’t seem to be aggressively marketed as an attraction. 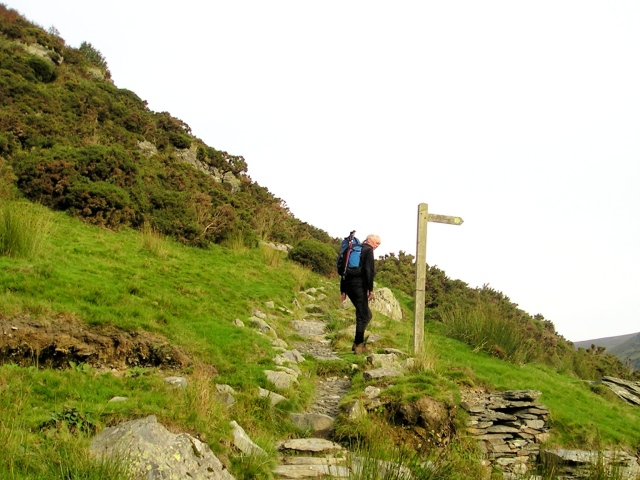 Following the path to the top of the falls 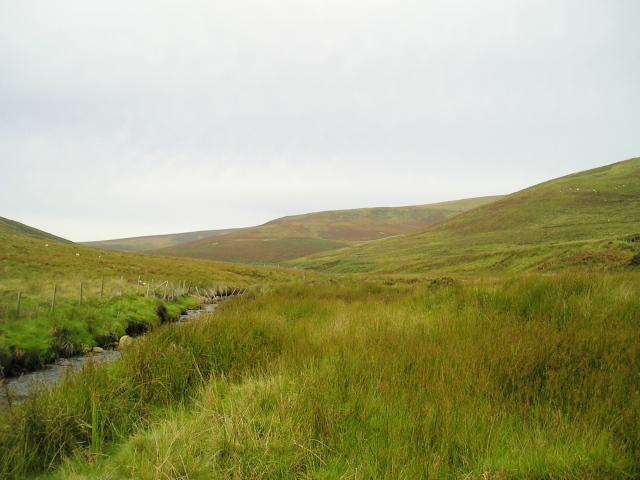 Above the falls, a surprising change in the landscape from narrow valley to open moor

Of course, it’s impossible to resist a close up view of a waterfall.  It isn’t, as sometimes suggested, the highest waterfall in Wales, though with a total drop of 73 metres (240 ft) it’s higher than Niagara Falls!  The drop itself is interrupted, with the longest free fall about 40 metres, but it’s still impressive close up.  In a severe winter it would make a magnificent ice-climb, but don’t hang around too long waiting for it to freeze! 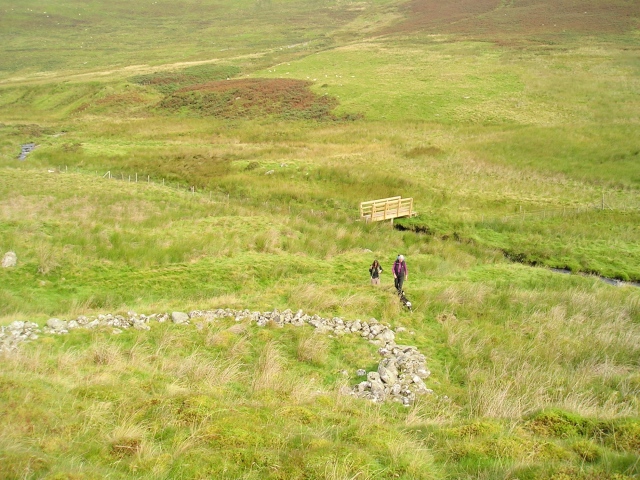 On the circular route above the falls 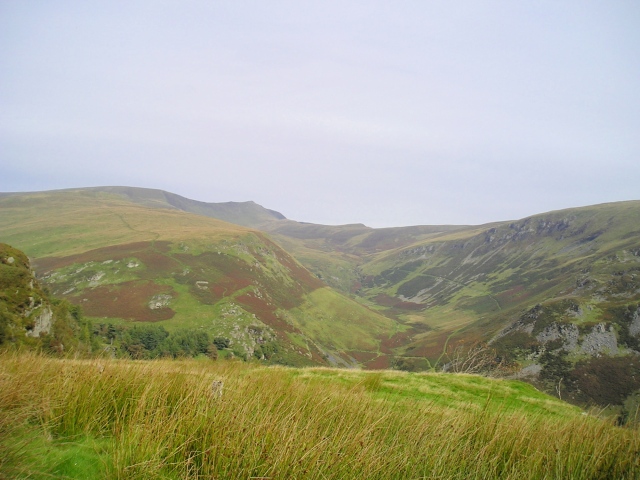 View across to the Berwyn Hills 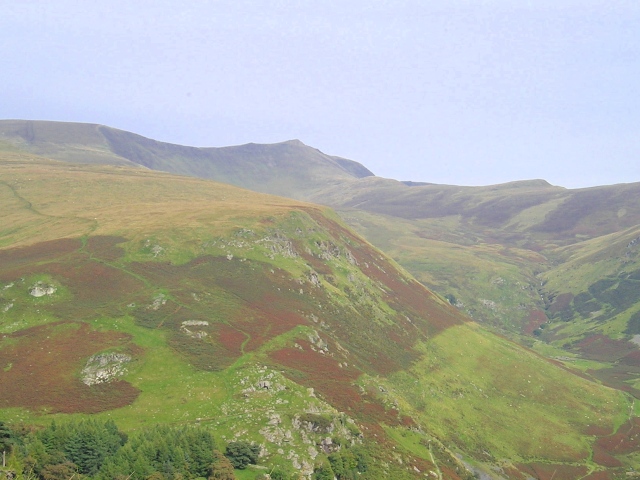 Closer view with Cadair Berwyn in the centre

Having seen the falls, a visit to the top is equally irresistible as well as being surprising. The narrow, confined valley suddenly opens up into moorland, with wide expansive views to the Berwyns, one of the forgotten ranges of hills in Wales   The highest of the Berwyn hills were less than 3 kilometres away from our route, but they didn’t seem all that high.  A look at the map corrected that view – at 827 metres (2713 ft) they were higher than anything in the Yorkshire Dales or Peak District. 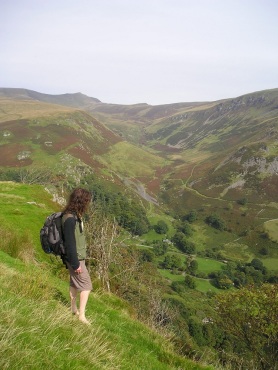 ‘Rick’ looking down to the valley 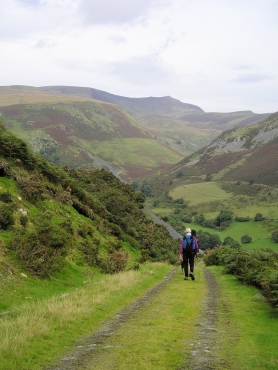 On the way back down 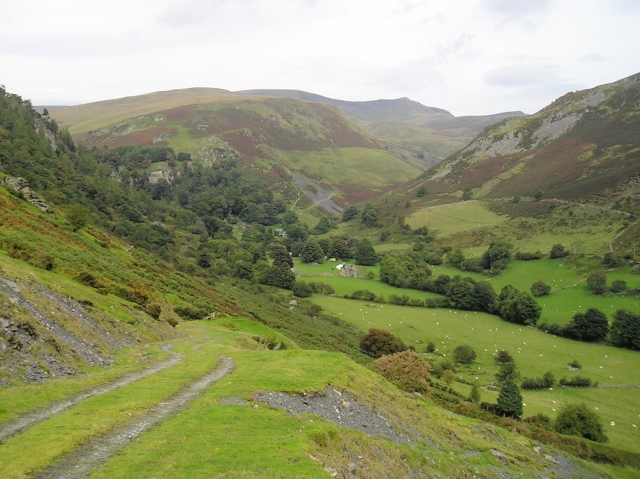 The final descent to the valley

Sometimes a walk is memorable for the views, or for the difficulty of the route.  Other times, as on this occasion, it’s because of people you meet.  We met ‘Rick’ (as I shall call him) the night before, where it became obvious that his ‘smoking’ habits were, let’s say, ‘exotic’.  While Chris and I had enjoyed a (legal) dram of single malt, ‘Rick’ enjoyed a more ‘weedy’ substance.  He joined us the next morning for the walk, and interrupted things half way round when he said, ”I’ll have to go back – I’ve dropped me stash”.  We sat and enjoyed the sun while ‘Rick’ recovered his weed! 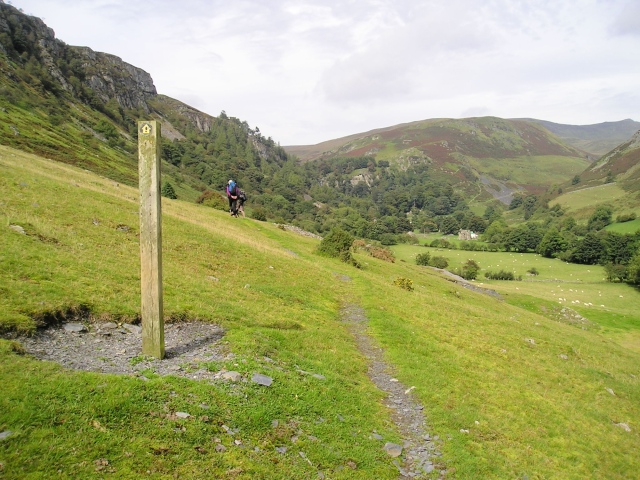 Back in the valley 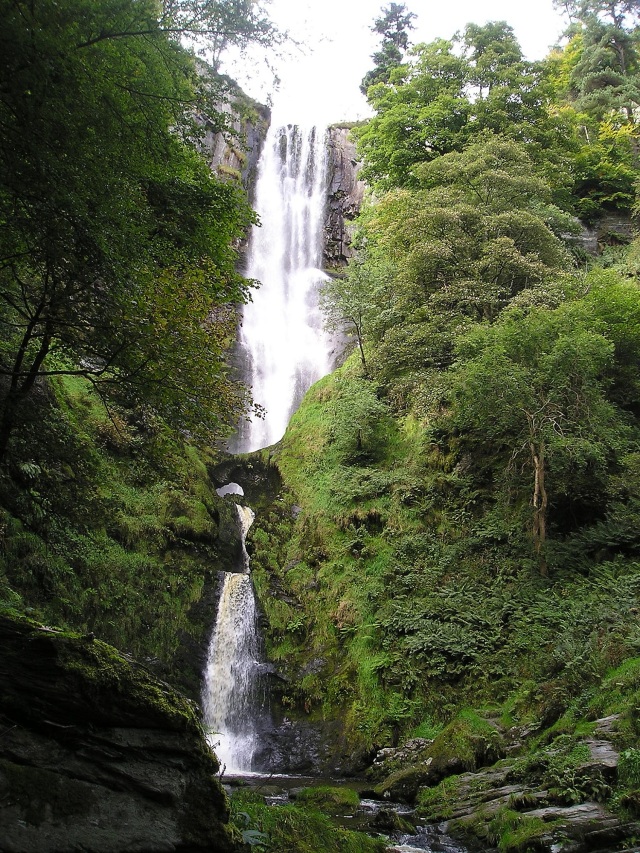 The return route by the falls

I like ‘characters’, and ‘Rick’ kept us amused all the way round the walk.  The hills too were full of character, and surprisingly quiet.  We left vowing to return, to get to know these deserted Berwyn Hills better. 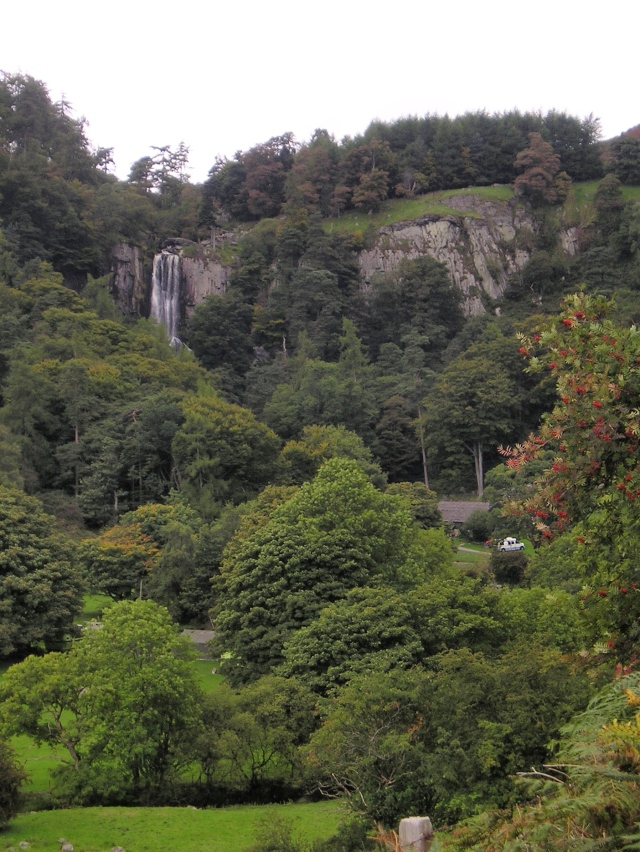 I've been mucking about in the mountains for longer than I care to mention. I started out by walking my local hills, then went on to rock climbing, mountaineering and skiing. Still doing it, and still getting a buzz. I'm now sharing the fun, through my guided walking business (Hillcraft Guided Walking) and by writing routes for other publishers, mainly Walking World and Discovery Walking Guides. Just to make sure I keep really busy, I am also currently a member of my local mountain rescue team.
View all posts by Paul Shorrock →
This entry was posted in 5. North Wales and tagged Berwyns, hillwalking, photography, waterfall. Bookmark the permalink.