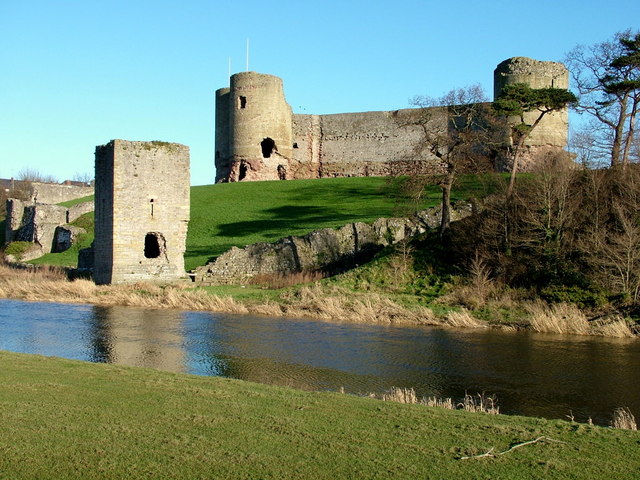 Definitely not in West Yorkshire! Rhuddlan Castle built by Edward I in the late 13th century – © George Tod

My recent posts have had a bit of a history bias, which is no bad thing – a day in the hills sometimes comes alive when there’s a tale to be told.  Living in North Wales means that there is no shortage of stories, and we are surrounded by history – the slopes running down to our house once had an Iron Age hill-fort on the summit (see post #73), and at nearby Rhuddlan the English king Edward I signed the document that provided the constitutional basis for English rule in Wales. 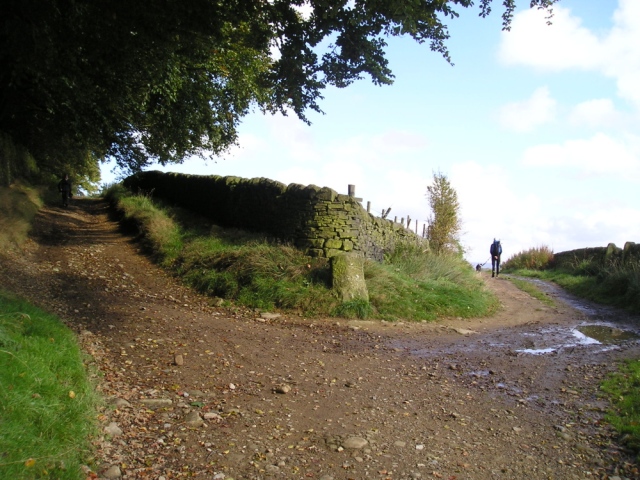 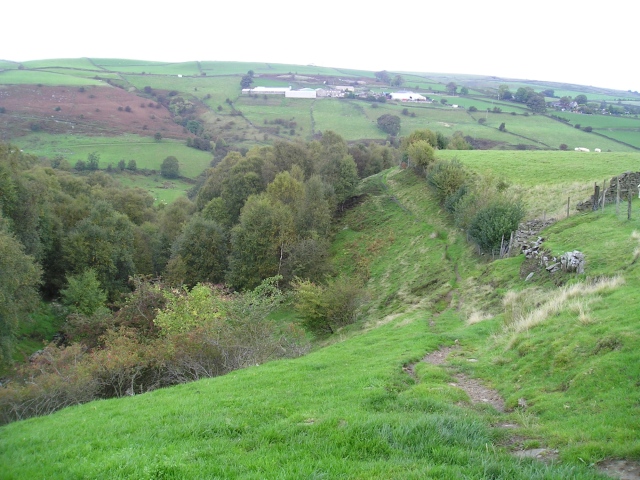 …. leading to high paths above the valleys

Walks in the mountain areas of Britain such as Wales, tend to go along the lines of  “Walk up something big and steep, walk around a bit (sometimes with great views) then walk down something big and steep”.  In West Yorkshire the walking tends to be a bit more subtle than that.  There will be ups, and downs to follow, but they tend not to be as big as in the mountains – what a walk doesn’t lack, however, is history. 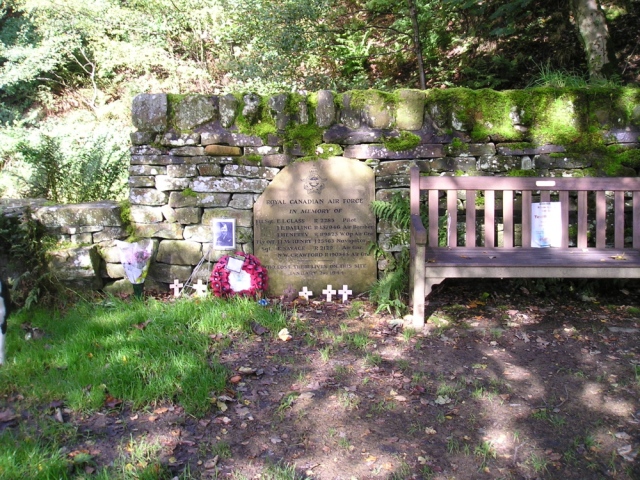 Some of the best moorland walking in the county is around the attractive town of Haworth, where we headed a couple of years ago.  Quite often you are literally walking in the footsteps of the famous Bronte family, but there’s much more history on display than the Bronte Experience, if you look for it – a little over a mile from Haworth there is a memorial to the crew of a World War 2 bomber crew, killed on a training exercise in 1944 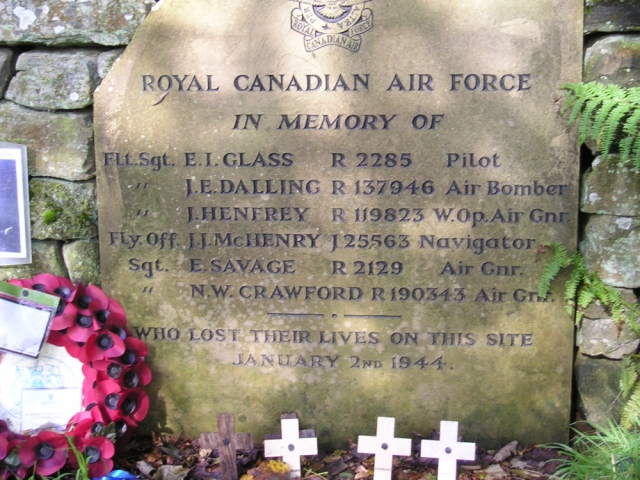 Close-up view of the memorial

The Wellington bomber, serial number BK387, crashed into the hillside at Tewitt Hall wood on 2nd January 1944.  The aircraft had taken off from Ossington near Newark at 8pm, on what should have been a four-hour training flight.  The crew, all Canadian airmen, were killed in the crash, and are buried at Stonefall Cemetery, Harrogate – they are remembered each year in a service that takes place at the crash site. 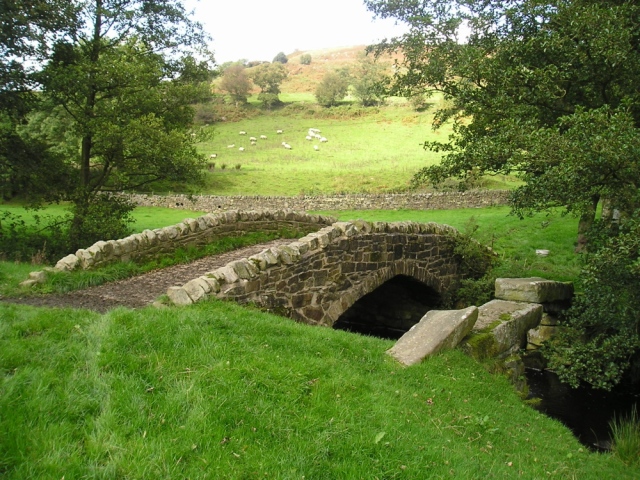 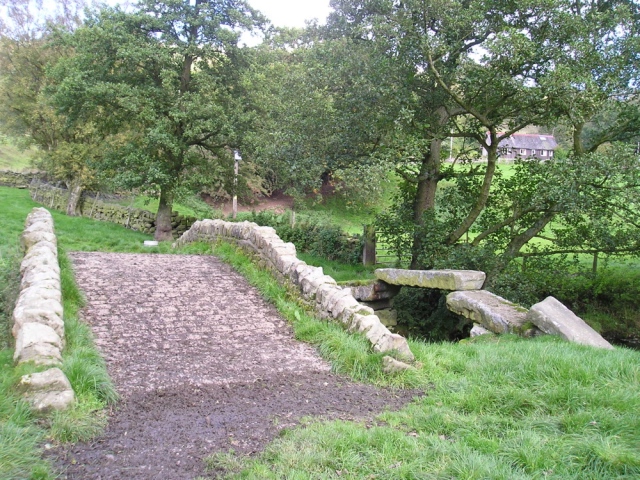 Another view of the old bridge …. 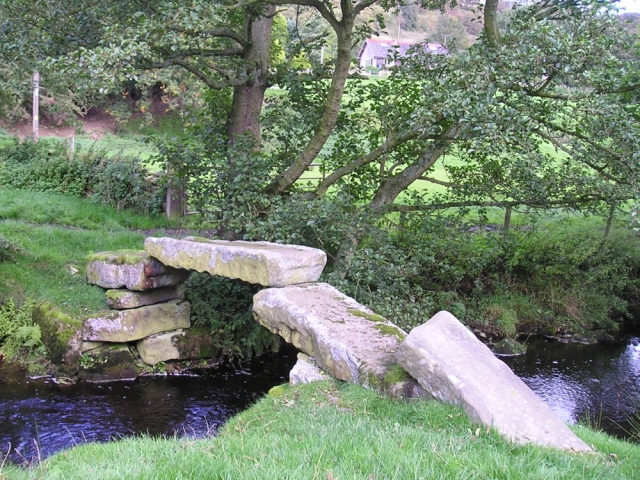 Two miles beyond the crash-site is something from an earlier age – an ancient pack-horse bridge at Newsholme Dean.  Before the advent of canals and railways, the main form of transport for goods was by horse, and you don’t have to look far to find the relics left behind.  This particular one is a personal favourite, if only for the way it seems to defy gravity! 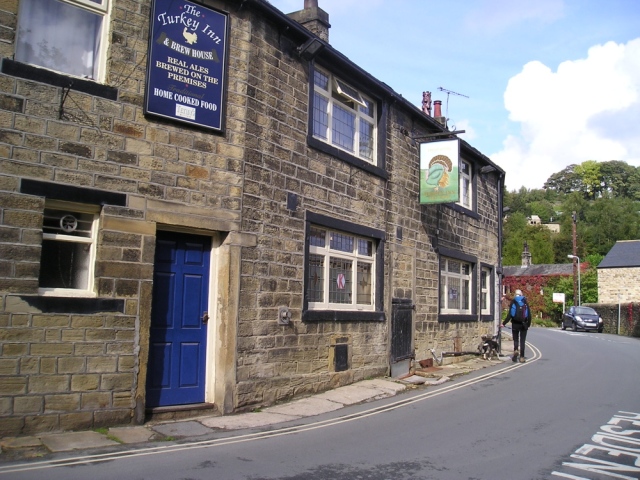 The small village of Goose Eye

Less than a mile away is the village of Goose Eye.  The curious name may date back to the visit by the Ordnance Survey team in the 1850’s – the surveyors usually asked the locals what names they used for places, and in the local dialect Ea means ‘near a stream’.  It’s quite likely that some of the more outlandish names on maps in the UK were probably the result of the locals having a laugh at the surveyors’ expense! 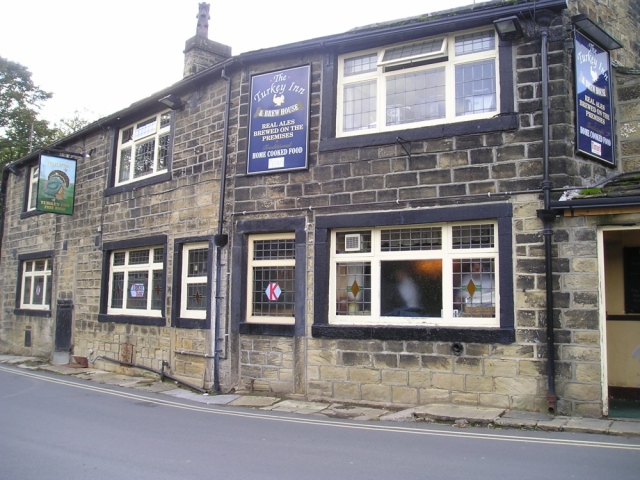 Goose Eye expanded from a tiny hamlet when a woollen mill was built by the stream.  Known as the Turkey Mill, this later became a paper mill, producing the paper on which the Indian Rupee was printed.  Thirsty mill workers provided custom for a pub, and the Turkey Inn still survives, with its own brewery attached.

The Haworth walk took us back towards the start point via a stream crossing at Lower Slippery Ford – a name like that is enough to put Chris off at the best of times, but her fears were groundless on this occasion.  Our return route took in Keighley Moor Reservoir, one of the oldest reservoirs in the area. The “Big Dam”, as it was called, was completed in 1832 to control the water for the mills downstream. 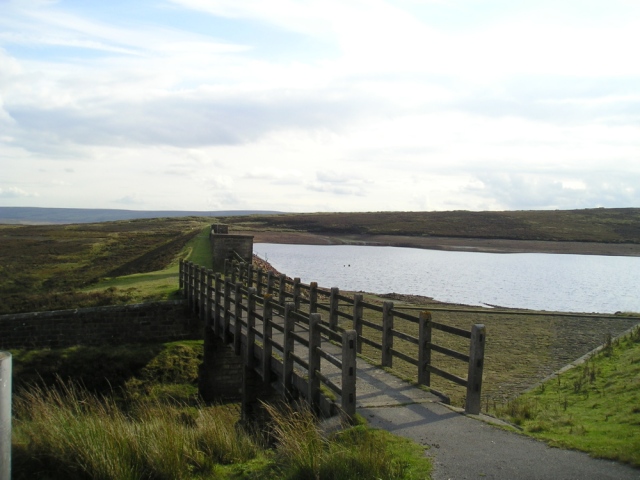 Our day ended with the crossing of Oakworth Moor heading back towards Haworth.  The moors of West Yorkshire can’t compete with the mountain areas for spectacle and grandeur, but they have more than enough hidden history to fill a day. 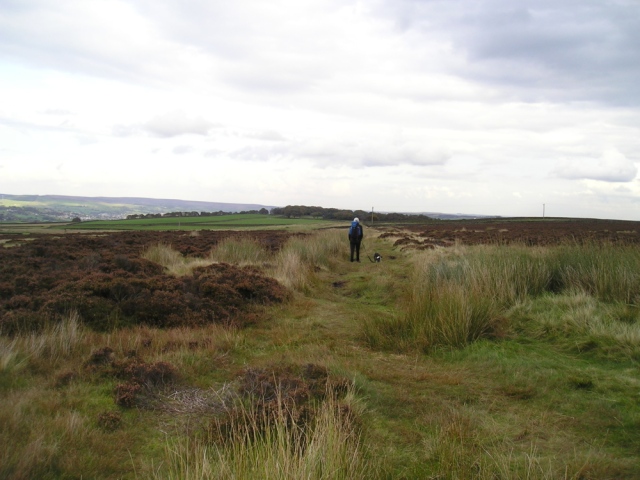 Oakworth Moor at the end of the day

Text and images © Paul Shorrock,  except the image by George Tod © which is taken from the Geograph Project and reproduced here under a Creative Commons Licence.

I've been mucking about in the mountains for longer than I care to mention. I started out by walking my local hills, then went on to rock climbing, mountaineering and skiing. Still doing it, and still getting a buzz. I'm now sharing the fun, through my guided walking business (Hillcraft Guided Walking) and by writing routes for other publishers, mainly Walking World and Discovery Walking Guides. Just to make sure I keep really busy, I am also currently a member of my local mountain rescue team.
View all posts by Paul Shorrock →
This entry was posted in 4. Northern England and tagged hillwalking, photography, Yorkshire. Bookmark the permalink.