Fifty years ago, the UK Prime Minister Harold Wilson said, “a week is a long time in politics”.  In The Spine Race, a week feels like a lifetime.  For the uninitiated, ‘The Spine’ is “Britain’s most brutal race. The longest, coldest and most demanding mountain marathon in Britain. 268 miles of ice, snow, cold and savage winds”.  And that’s on a good day!

The race follows the route of The Pennine Way, and has to be completed within seven days.  The Spine 2013 will be remembered for the savage blizzard that hit the race on the last night – for those who suffered in 2014, the abiding memory will probably be the rain and the mud.

Each January for the past three years I’ve been part of The Spine Race, on the ‘Mountain & Medics’ Support Team.  The grit and determination of the competitors has to be seen to be believed, and the attrition rate is high.

Doctor ‘Kat’ on duty at Greg’s Hut near Cross Fell 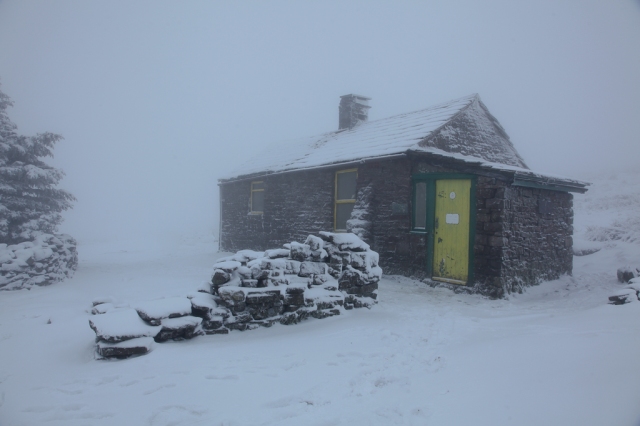 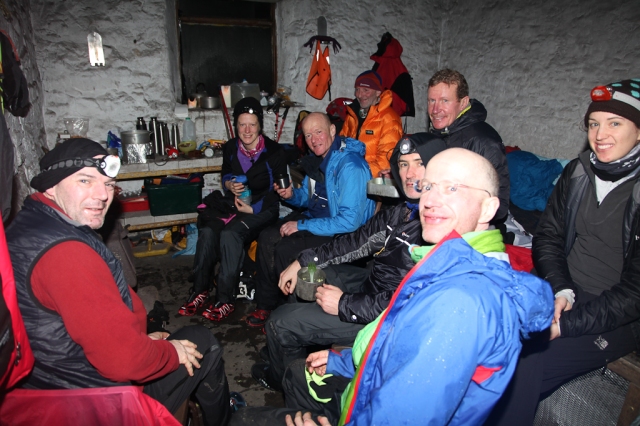 My main job is with my old mate John Bamber, manning the high bothy in the Northern Pennines known as Greg’s Hut – it isn’t a checkpoint as such, just a place where the runners can briefly escape the wild conditions outside.  When all the survivors have passed through Greg’s, we leapfrog forward to the road crossing at Byrness on the Scottish border. 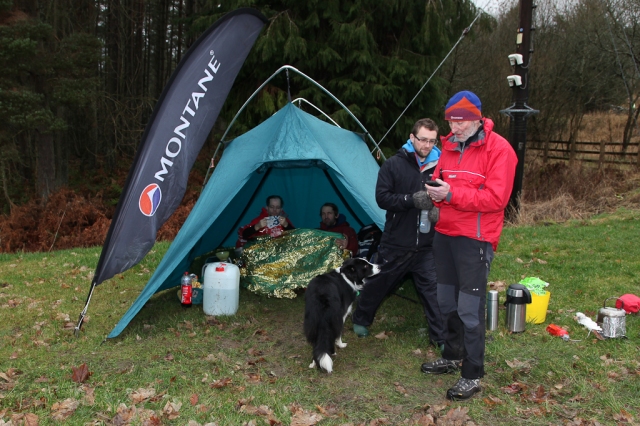 To get the full flavour of the event, read a superb account by competitor Allan Rumbles, then learn how to survive the trip by reading an excellent account by fellow Support Team member Stu Westfield.  Having done that, enjoy the following photos of the 2014 event then go to the Spine Race website and sign up for 2015!

Where it all starts

…. with site manager John keeping everything under control 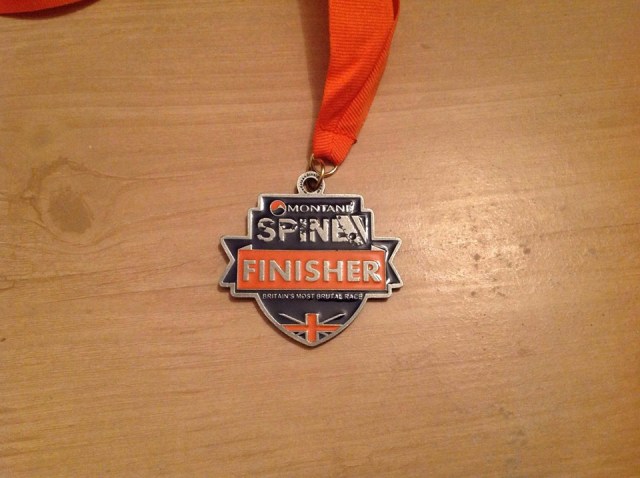 And after the toughest 268 miles of your life, one of these!

Text © Paul Shorrock – Images © John Bamber and others (Images may be reproduced, though a donation to ‘Borders Search and Rescue’ is requested)

I've been mucking about in the mountains for longer than I care to mention. I started out by walking my local hills, then went on to rock climbing, mountaineering and skiing. Still doing it, and still getting a buzz. I'm now sharing the fun, through my guided walking business (Hillcraft Guided Walking) and by writing routes for other publishers, mainly Walking World and Discovery Walking Guides. Just to make sure I keep really busy, I am also currently a member of my local mountain rescue team.
View all posts by Paul Shorrock →
This entry was posted in 4. Northern England and tagged Cumbria, Peak District, Pennine Way, photography, Spine race, winter, Yorkshire. Bookmark the permalink.