#184 – Blast from the past – Clwydian Hillforts

A busy couple of weeks meant that I didn’t finish the latest post in time for today, so I thought I would revisit an earlier post from 2012.   Fellow blogger Mark Kelly should enjoy this as he recently walked along these hillforts – I hope you enjoy the ‘virtual walk’!

After dawdling round Dorset and swanning around Swanage it was time to return to the hills in my own backyard.  Although we have explored our own local hills of Moel Hirraddug ( post #73) and Craig Fawr (post #82) at the northern end of the Clwydian Hills, and had also walked out over Moel Famau at the southern end of the range (post #79), there was still a lot to look at in between.  My sights were on the Iron Age hillforts of Moel Arthur and Penycloddiau. 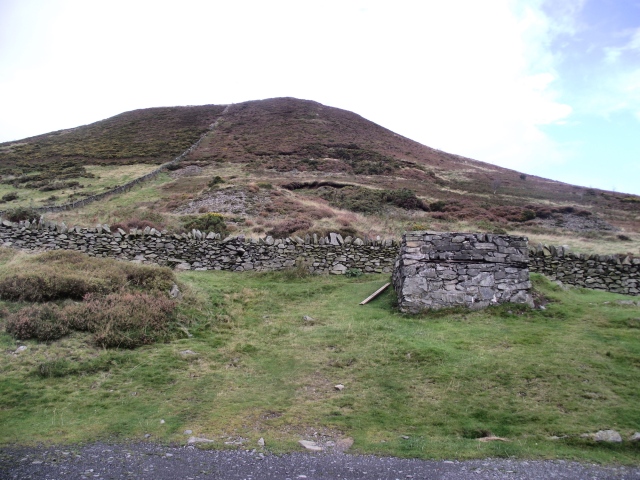 Moel Arthur from the car park

The plan was simple – I had to drop Chris off at a fund raising event at St Asaph.  Having done that I would head for the Moel Arthur car park and carry on to Penycloddiau.   The only complication was that to pick Chris up after her event, I would have to get a shift on – the dog seemed to be up for it, so it was game on.

Part of the ditch and rampart system surrounding Moel Arthur

Another view of the ditch, about 2500 years old

Border Collie ‘Mist’ on the summit of Moel Arthur

Time for a quick history lesson.  The hillforts of the Clwydian Range were constructed in the Iron Age, which makes them about 2500 years old.   If that’s not old enough for you, there are traces of Bronze Age burial mounds on both hills.   These date back at least 4000 years, possibly more – that’s old!   Looking at it another way, the Bronze Age mounds were already old when the Iron Age forts were being built.

Looking north over the northern ramparts of Moel Arthur towards Penycloddiau

The deep ditch at the northern ramparts

Penycloddiau seen from the slopes of Moel Arthur

Although Moel Arthur is fairly small, the slopes are steep enough to make an attacking force think twice about carrying on!   However, there were no Iron Age warriors throwing stones and spears today, and the ascent didn’t take very long.   The remains of the ditches and ramparts are still impressive after 2500 years, but there was little evidence of the Bronze Age construction.

Looking back to Moel Arthur from Penycloddiau, showing part of the Offa’s Dyke Path

A murky view of the Mountains of Snowdonia, Moel Siabod on the left and Tryfan second in from the right

The Offa’s Dyke Path, pointing straight to the summit of Penycloddiau 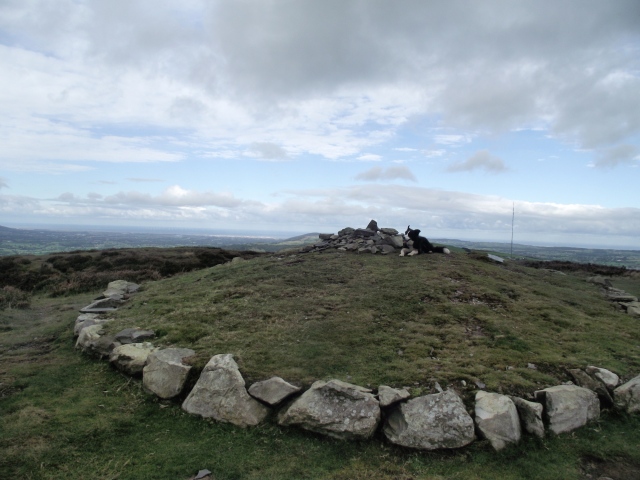 From Moel Arthur I followed the Offa’s Dyke Path to Penycloddiau.  Offa’s Dyke was built in the late 700’s AD, making it almost modern, but the even more modern 176 mile path (designated as a national trail in 1971) doesn’t actually follow the Dyke at this point.   It does, however, follow the most logical route along the crest of the Clwydian Range. 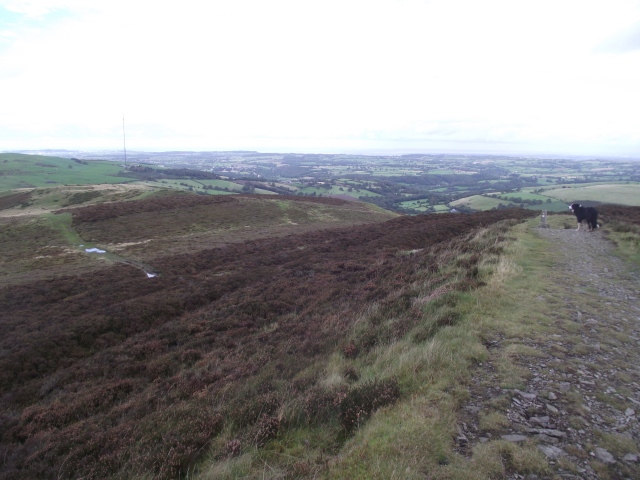 Looking north along the line of the Offa’s Dyke Path

The ditch and rampart at the north end of Penycloddiau hillfort

Another view of the ramparts of the old fort 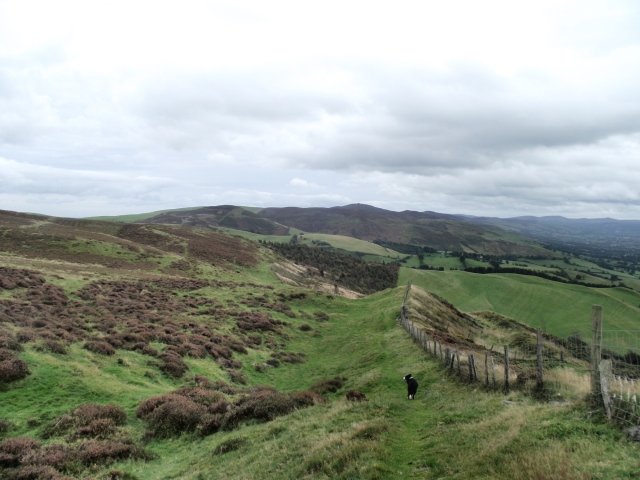 The western edge of the fort looking south

The summit of Penycloddiau (‘The Hill of the Ditches’) has a better preserved Bronze Age burial mound, reconstructed in 2010.    However, it’s the Iron Age ditch and rampart that impress the most, and I followed the line of the western ramparts on the return route.

The southern entrance to the fort, looking towards Moel Arthur

An attackers view of the northern side of Moel Arthur …. 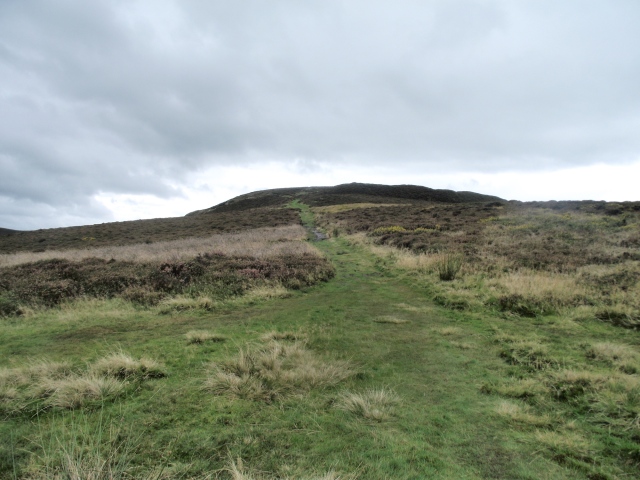 …. and the eastern side, with a path running to the gateway ….

…. before dropping down to the car park

Although these man-made structures appear timeless, I didn’t have that much time left.  To be back in time to collect Chris meant that it was time to ‘up’ the pace, and I ran the remaining down and level sections to bring me back to a re-ascent of Moel Arthur – I blame my recent trip to Dartmoor to join my old mates from the Royal Marines in their ‘leisurely’ stroll across Dartmoor (post #97) for all this running nonsense.   From there I was soon back at the car park, 4000 years of history seen in just a couple of hours.

Moel Arthur seem from the Vale of Clwyd

Text and images © Paul Shorrock except where indicated otherwise.  The image by Bryan Pready is taken from the Geograph project, and reproduced under a Creative Commons Licence.

I've been mucking about in the mountains for longer than I care to mention. I started out by walking my local hills, then went on to rock climbing, mountaineering and skiing. Still doing it, and still getting a buzz. I'm now sharing the fun, through my guided walking business (Hillcraft Guided Walking) and by writing routes for other publishers, mainly Walking World and Discovery Walking Guides. Just to make sure I keep really busy, I am also currently a member of my local mountain rescue team.
View all posts by Paul Shorrock →
This entry was posted in 5. North Wales and tagged Border Collie, Clwydian Hills, hillwalking, photography. Bookmark the permalink.