I seem to have spent a lot of time on Ynys Môn (Anglesey) over the past week or so, but unfortunately it’s only been in the virtual sense – I’ve been following the start-up of Môn-SAR, a new search and rescue team on the island. Seeing that I couldn’t get over to the island in person, I thought I would revisit my stock of photos from previous trips 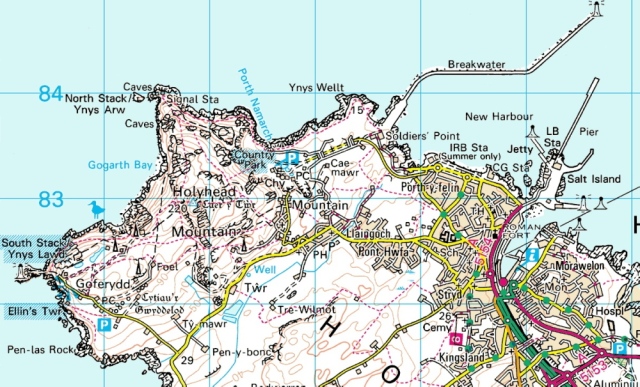 The northwest corner of the island of Anglesey

For those who have never been here, Anglesey (welsh name – Ynys Môn) is an island off the North-West Coast of Wales.    Regular visitors will have their own favourites, but for me the best bits are at the northwest corner of the island.    We discovered this area a few years ago, looking for somewhere to park the camper whilst waiting for the ferry to Ireland, and ended up with a short walk that we keep going back to. 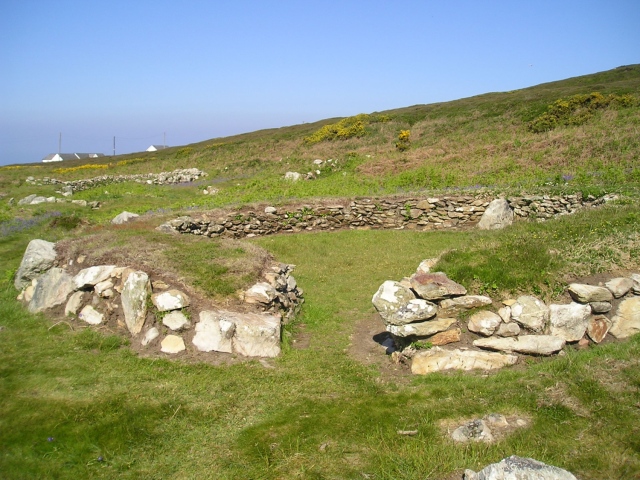 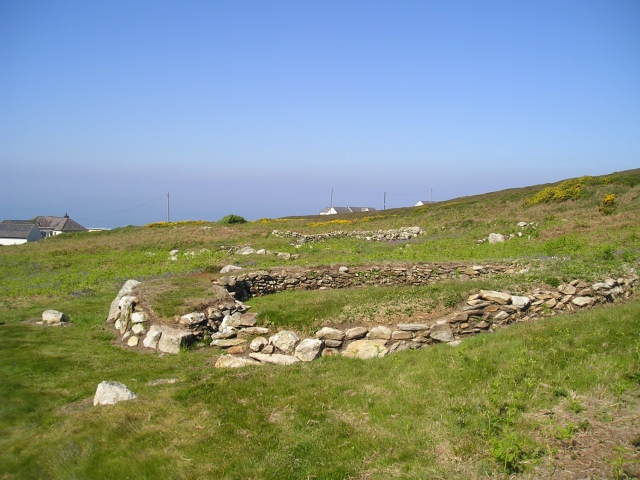 Another of the 20 or so hut circles near South Stack

We usually start out by the remains of an ancient settlement called Cytiau’r Gwyddelod (The Irishmen’s Huts).    The site was first excavated in the 1860’s, but the experts still can’t agree on the exact age – Iron Age is looking likely, which would make the huts 2000-2800 years old, but artefacts from the Neolithic Age have been found here, which would make the site much older, perhaps by another 2000 years

Closer view of the west side of Holyhead mountain

Typical view of the ground and paths around Holyhead Mountain

Next port of call is usually Holyhead Mountain.   In Wales, just about any bit of ground higher than the surrounding area is called a mountain, but despite having the humble altitude of 220 metres (720 ft), there is a mountainous feel about the place – the west side is a popular rock climbing area with about 75 routes from the easier grades (V/diff) to some easy-end extremes.    The biggest plus is it catches the afternoon sun.

The summit looking east towards the harbour at Holyhead

Above the crags lies the summit of Mynydd Twr (Tower Mountain), which gets its name from the remains of a Roman signal tower at the top.   It’s a fantastic viewpoint, with Holyhead Harbour just below, and on a fine day the mountains of Wicklow in Ireland can be seen.

The track between North Stack and South Stack 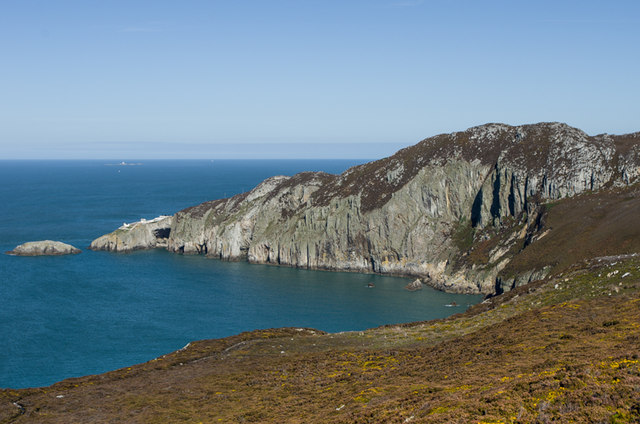 Heading back to the start point, there are good views of the cliffs at Gogarth.    If the rock climbs on Holyhead Mountain are seen as a pleasant way to spend a sunny afternoon, the Gogarth climbs are a completely different.  Rock climbing web page ‘Climb Wales’ explains it far better than I could – “Gogarth is famed for its consistently wild and occasionally serious routes, and it is definitely suited the more experienced climber. Many of the routes are tidal, the approaches are often serious, and loose rock can be encountered”. 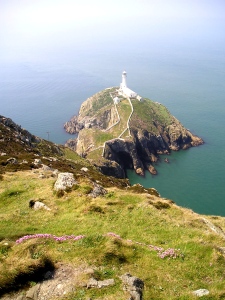 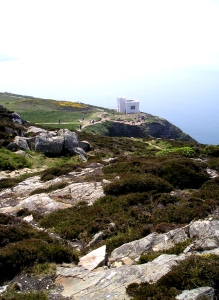 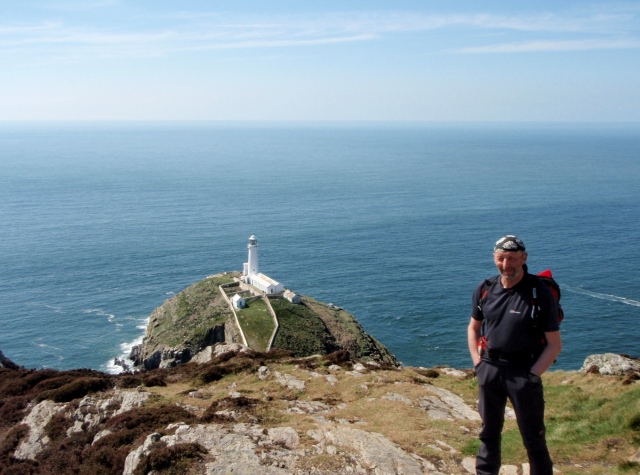 Well, go on then, check it out!

The track from North Stack to South Stack is the nearest that I’m ever likely to come to climbing at Gogarth!     If it’s views you want though, the best is saved till the last, with the spectacular lighthouse at South Stack, and the visitor centre at Ellin’s Tower which is one of the top spots in the country for viewing sea birds.    It’s hard to believe that so much can be crammed into such a small bit of Wales, so the answer is clear – go and check it out!

Text and images © Paul Shorrock, except images by Ian Capper and Andy Waddington, taken from the Geograph Project and reproduced here under a Creative Commons Licence

p.s. If you want to follow how the search and rescue team Môn-SAR are coming along,  you can visit their Facebook page – their website should be up and running soon.

I've been mucking about in the mountains for longer than I care to mention. I started out by walking my local hills, then went on to rock climbing, mountaineering and skiing. Still doing it, and still getting a buzz. I'm now sharing the fun, through my guided walking business (Hillcraft Guided Walking) and by writing routes for other publishers, mainly Walking World and Discovery Walking Guides. Just to make sure I keep really busy, I am also currently a member of my local mountain rescue team.
View all posts by Paul Shorrock →
This entry was posted in 5. North Wales and tagged Anglesey, Border Collie, mountains, photography, Ynys Môn. Bookmark the permalink.