The Cairngorms, including Braemar and our Bob Scott’s route 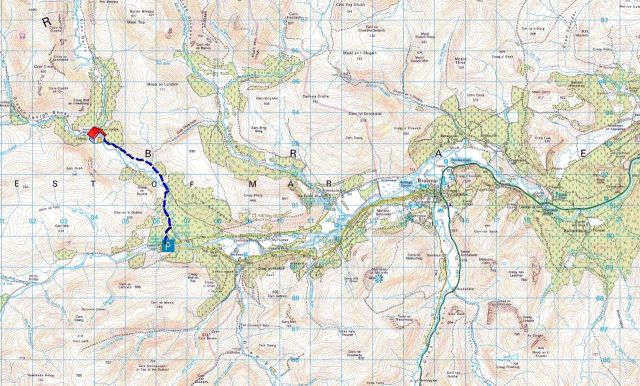 The route to Bob Scott’s from Linn of Dee

May 2019, and Chris and I (plus Border Collie ‘Mist’ of course) were steadily working through my ‘bothy walks’ wish-list. Shenavall in Wester Ross had been all I had hoped for, a lovely bothy in a magnificent setting, and the delightful Ryvoan in the Cairngorms didn’t disappoint either. I still had my wish-list to complete though, and one bothy stood out from those remaining, if only for its history – ‘Bob Scott’s’.

Leaving the Lin of Dee carpark – lots of trees!

Out of the wood …. but still lots of trees!

Setting out from the Linn of Dee carpark, it soon became apparent that the only views we would be getting for the next couple of kilometres would be views of trees. Border Collie ‘Mist’ wasn’t complaining though – for her a walk is a walk, and she had waited patiently while I had faffed about deciding which jacket to wear, from the several mountain jackets I had brought on the trip. Looking at the clouds, something waterproof seemed to be a good idea ….

Finally out of the forestry and in to big open spaces – walking by the Lui Water ….

…. with a large crowd following

We eventually emerged from the forestry, with big open views up the Lui Water ahead of us. Hot on our heels was a large walking group, on a guided hike organised by the Mar Lodge estate. Mar Lodge is a modern-day success story – for many years it was a commercial ‘shooting’ estate but is now owned by the National Trust for Scotland, who have expanded the original sporting use to include conservation and recreational use by hikers, cyclists and climbers …. plus the occasional, large guided-walking party. 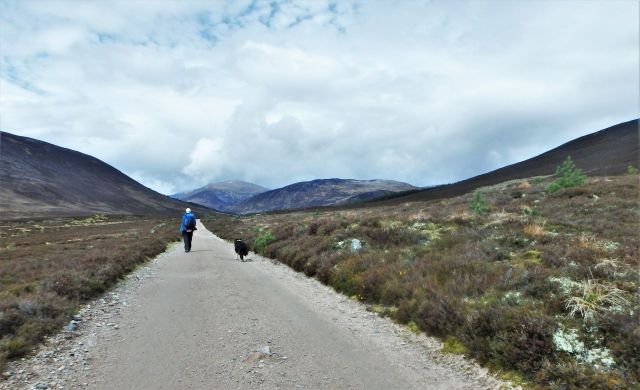 The track to Luibeg and Derry Lodge …. and the mighty Cairngorms beyond 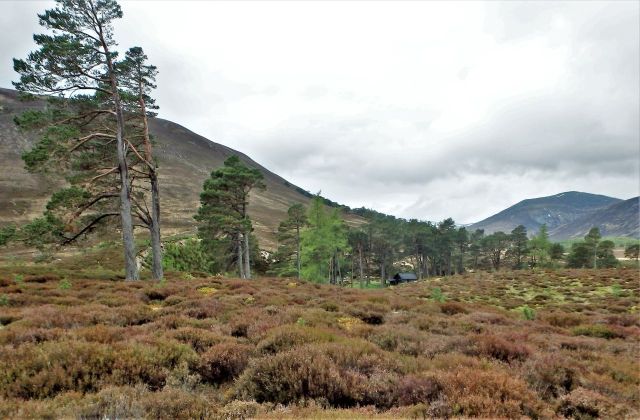 We built up a good gap between ourselves and the following group by opening up the pace a little, and it wasn’t long before we were on the final approach to the bothy. The present ‘Bob Scott’s’ is the third bothy to carry the name, but before going in for a brew, I decided to check out the buildings ahead of us at Derry Lodge and Luibeg that are part of the Bob Scott story. So, who was Bob Scott?

Bob Scott was born in 1903, the son of a gamekeeper on the Mar Estate, and apart from service in the army in WW2, he spent his life working and living on the estate. In 1947 he moved to a small cottage called Luibeg, near to the now-abandoned Derry Lodge and about 600 metres upstream from the present bothy. He allowed climbers and walkers the use of a wooden hut next to the cottage, which became the original Bob Scott’s Bothy, and as such he was an important figure in the Golden Age of Cairngorm rock and Ice climbing in the 1950’s and 60’s.

Derry Lodge, once a shooting lodge, now empty and deserted 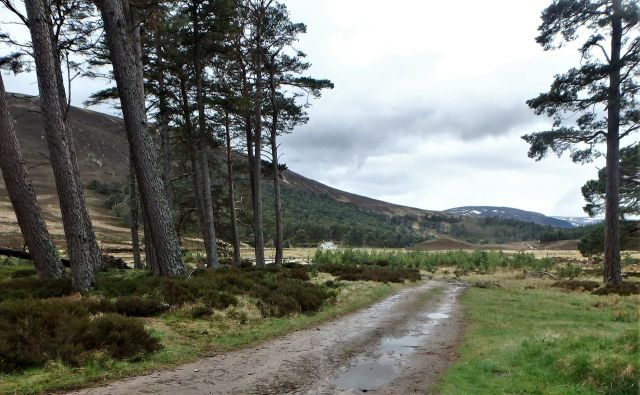 The track to Luibeg, with the house just visible, low of centre

Bob Scott did more than merely tolerate the climbers. He would leave a candle burning in a window of the cottage to guide those coming off the mountains in the dark, and frequently used his local knowledge to assist on mountain rescues. He was also a regular at the bar at Mar Lodge, and after ‘last orders’ would often offer climbers a lift from Mar to Luibeg in his Landrover, though he had a reputation for having a mischievous sense of humour – he would load the climbers rucksacks into his vehicle, then drive off without their owners, though that might have had something to do with the amount of alcohol Bob had shifted that night! 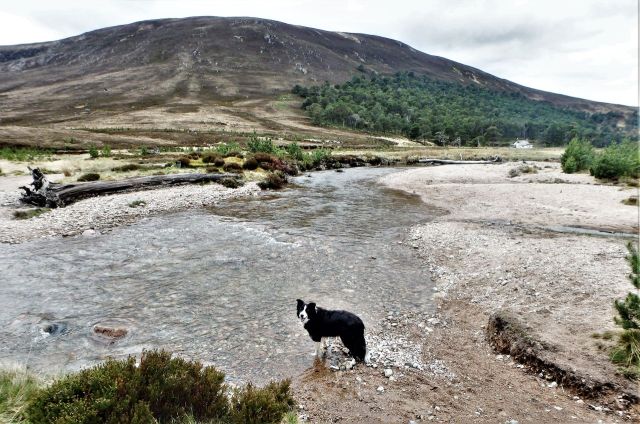 He retired in 1973 and died in July 1981. The next occupant of Luibeg was not as tolerant as Bob Scott, but allowed climbers to continue using the bothy until March 1986, when the building was destroyed in a fire. Cairngorm mountaineers formed the ‘Friends of Bob Scott’s’ association and managed to persuade the Mar Estate that the bothy should be rebuilt. The second Bob Scott’s was built in the location of the present bothy where it stood until it too was destroyed by fire in 2003. Once again, the estate agreed to allow a rebuild, and the third Bob Scott’s remains one of the most popular bothies in Scotland. 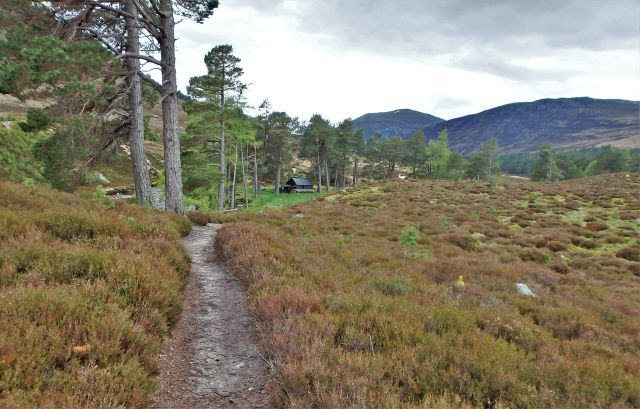 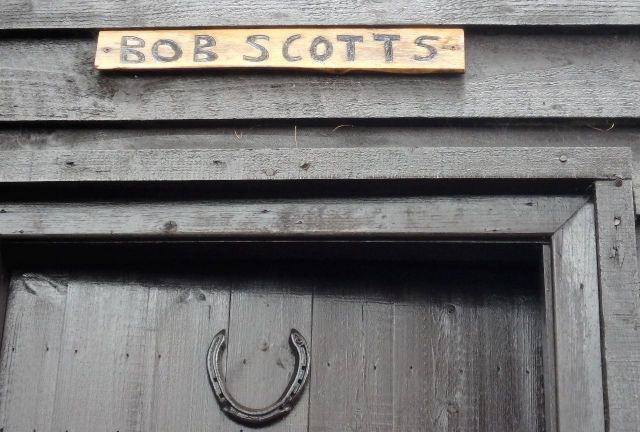 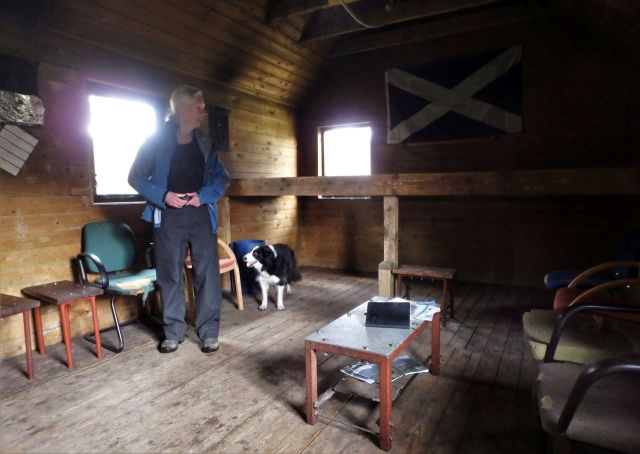 Inside, with the sleeping platform just behind ‘Mist’ 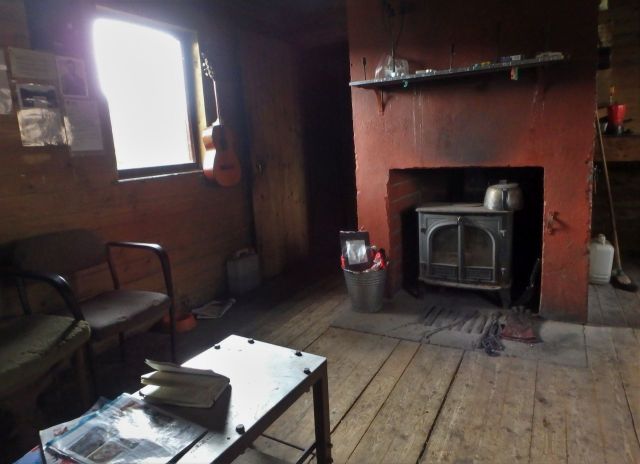 Time for a well-earned brew

The present bothy is a warm and comfortable half-timbered building. Rather than tempt fate a third time, the open fire of Bob’s #2 has been replaced by a multi-fuel stove. Unusual in the bothy scene, there is even a toilet for the use of visitors. We stayed long enough to have a brew and a bite to eat before returning to the camper at Linn of Dee, accompanied on the way back by gathering storm clouds. 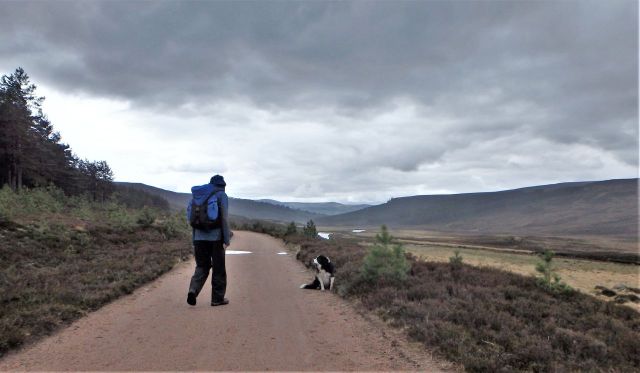 We found a great overnight stop for the camper overlooking the River Dee. I’m still kicking myself for not taking a couple of ‘before and after’ photos – the image below shows the river as we saw it that evening, before a virtual monsoon hit the valley that night. In the morning, the meandering River Dee was a raging torrent that filled the valley bottom, a truly impressive demonstration of the power of nature. Without photographic evidence, you will just have to take my word for it! 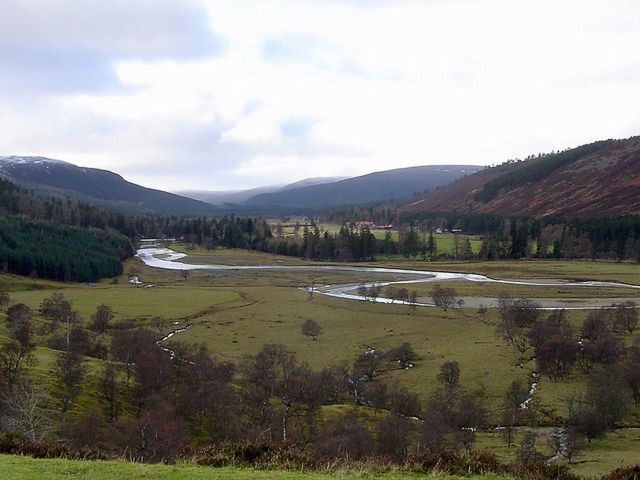 The River Dee near our overnight stop (SR)

Text and images © Paul Shorrock except Images tagged BB (Brian Barclay) and SR (Scott Robinson) which are taken from the Geograph Project, and are reproduced under a Creative Commons Licence.

I've been mucking about in the mountains for longer than I care to mention. I started out by walking my local hills, then went on to rock climbing, mountaineering and skiing. Still doing it, and still getting a buzz. I'm now sharing the fun, through my guided walking business (Hillcraft Guided Walking) and by writing routes for other publishers, mainly Walking World and Discovery Walking Guides. Just to make sure I keep really busy, I am also currently a member of my local mountain rescue team.
View all posts by Paul Shorrock →
This entry was posted in 1. Scotland, Bothy days and tagged Border Collie, bothy, Cairngorms, hiking, hillwalking, mountaineering, mountains, photography, Scottish Highlands. Bookmark the permalink.