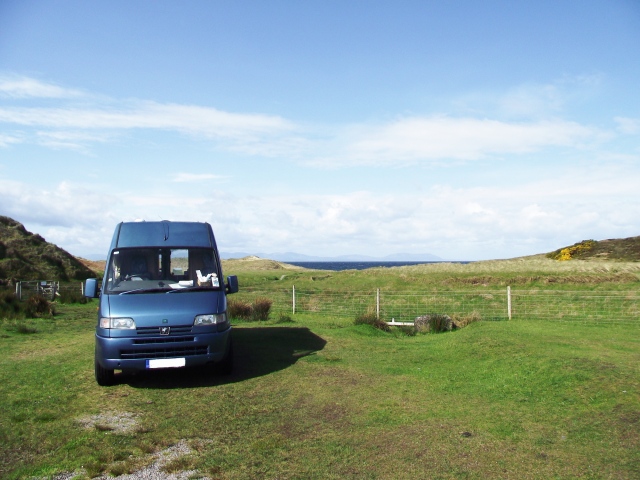 The lad serving diesel at the garage in Tairbert on the Island of Harris had asked me if we were on holiday.  “Yes,” I replied, “but we’re heading back today on the afternoon ferry.”  “You’ll be lucky,” said the lad, laughing.  As another gust of wind rocked the van, I could see that he might have a point…

Robert Louis Stevenson once said, “Little do ye know your own blessedness; for to travel hopefully is a better thing than to arrive … ”   This famous quotation echoes the Taoist saying, “The journey is the reward”, and never were truer words spoken.  Our journey was to the islands of Skye and Harris in the Northwest of Scotland, an area where the winter months are characterised by strong winds and bad weather, whilst the summers are blighted by the curse of the Scottish Midge.

The plan, then, was simple – go in May when the worst of the bad weather is past and the midges are not yet active.  Those reading who have never encountered the Scottish Midge could never imagine how such a small insect can cause such misery, but suffice it to say that one in five working days are lost in the Scottish Forestry industry over the summer months.  Equally, most readers would find it hard to believe that a storm could last several days.

An Cliseam from the southeast

The original plan was to go to Skye first, grab a couple of hill days, then carry on to Harris.  The plan was severely dented from the beginning by high winds, making walking at sea level unpleasant – the hills were out of the question.  The solution was to reverse the trip, heading up to Ullapool over a couple of days, before crossing over to Lewis and driving down to Harris – the time spent travelling would allow the winds to settle down a bit.  At least, that was the plan!

The reality was different, however.  My main objective on Harris was An Cliseam, which is the highest peak in the Outer Hebrides, and I had a great route researched, planned and mapped – all I needed was a day of reasonable weather.  Similarly I had my sights set on a section of the Cuillin Ridge on Skye, to be collected on the way home.  After all, the strong winds wouldn’t keep it up for two weeks… 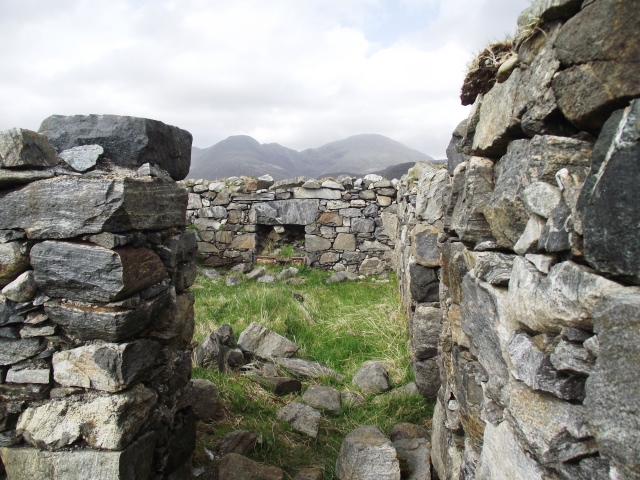 Which is, of course, exactly what happened, though we didn’t know at the time that most of the northern part of the UK was also being buffeted about by the winds.  Still, we did have a good trip, and at one point a saying from my days in the Royal Marines came to mind – “Time spent in reconnaissance is never wasted.”   When the sun came out the views were great, and ‘Mist’ our Border Collie had a great time on low level walks. 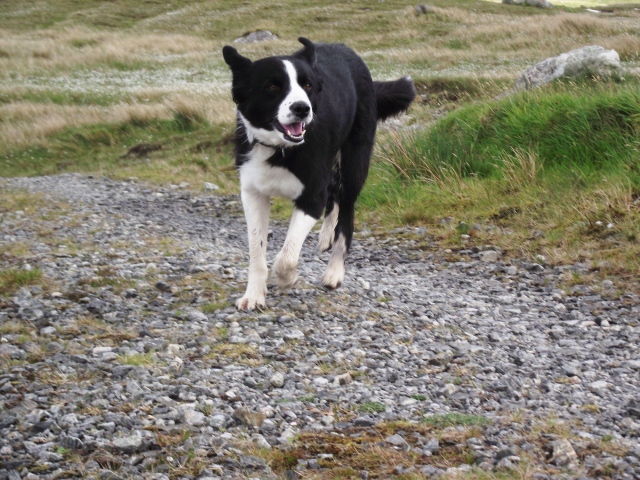 The lad at the garage in Tairbert was dead right, with the ferry cancelled due to the high winds.  We accepted the situation and opened another bottle of red wine.  It seems that in this case the journey really was the reward.   At least there were no midges – apparently they don’t like horizontal rain.

The ferry to Uig on Skye - M.V. Hebrides a day late

Sun at last, but still blowing - Staffin on Skye on the way home

p.s. Watch out for a return match, possibly in September before the worst of the winter weather and when the midges aren’t as active…!

I've been mucking about in the mountains for longer than I care to mention. I started out by walking my local hills, then went on to rock climbing, mountaineering and skiing. Still doing it, and still getting a buzz. I'm now sharing the fun, through my guided walking business (Hillcraft Guided Walking) and by writing routes for other publishers, mainly Walking World and Discovery Walking Guides. Just to make sure I keep really busy, I am also currently a member of my local mountain rescue team.
View all posts by Paul Shorrock →
This entry was posted in 1. Scotland and tagged An Cliseam, Harris, Skye. Bookmark the permalink.