We went in search of the World’s End!  At least that what the map called it, and the British Ordnance Survey maps are respected world-wide for their accuracy and information.  So, as we approached World’s End, why was our first view of the Dolomites? 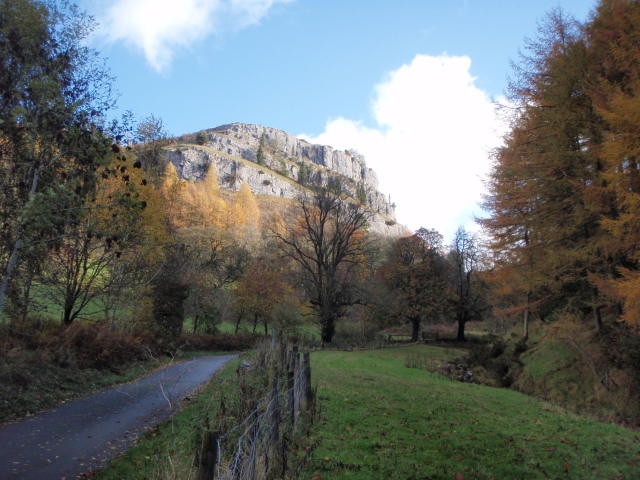 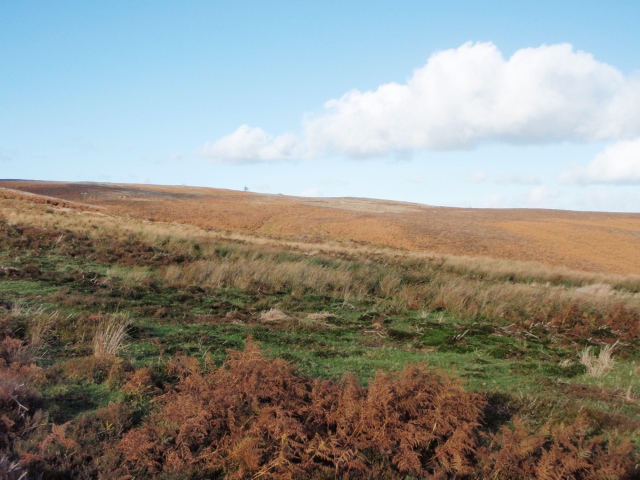 …. or the Pennine Moors?

Well, perhaps a comparison with the Dolomites is a tad fanciful, but I hadn’t expected to see limestone cliffs like these soaring above a Welsh valley, nor did I expect a moor reminiscent of the Mid-Pennines when we got out on the ground. 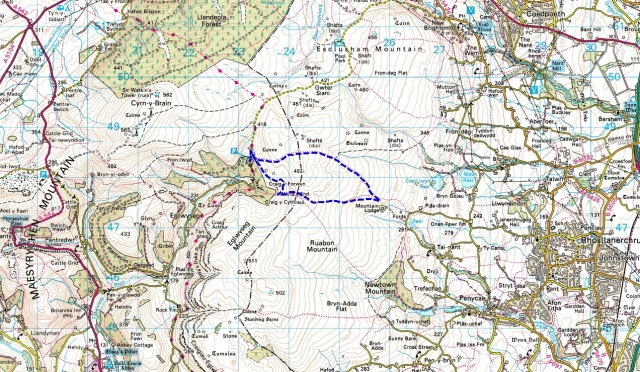 Where to find the route – between Llangollen and Wrexham

I had never been here before, in fact before we moved to Wales 1½ years ago I hadn’t even heard of these small hills nestling between Llangollen and Wrexham, and I’m prepared to bet that not many reading this will know them either.

The limestone cliffs of Eglwyseg Mountain

On the moor, looking towards World’s End ….

…. and looking towards Llantysilio Mountain

The limestone was a bit of a surprise, but shouldn’t have been – limestone outcrops abound on the Welsh side of the border with England, but these crags had an air of grandeur about them, enough to make me stop the car for a photo or two.  Heading up over the moor we had great autumnal views towards World’s End and Llantysilio Mountain (see post #122)

Gaining height on the moor ….

…. only to lose it again

‘Mountain Lodge’ – time to turn back

This was never intended to be a long ‘hill day’ – in the event it was no more than an extended dog walk.  A short height gain was followed by the inevitable loss of altitude towards ‘Mountain Lodge’, where it was time to head back.  The moor was reminiscent of the Mid-Pennines, in both appearance and in the bogs, but we managed to keep reasonably dry. 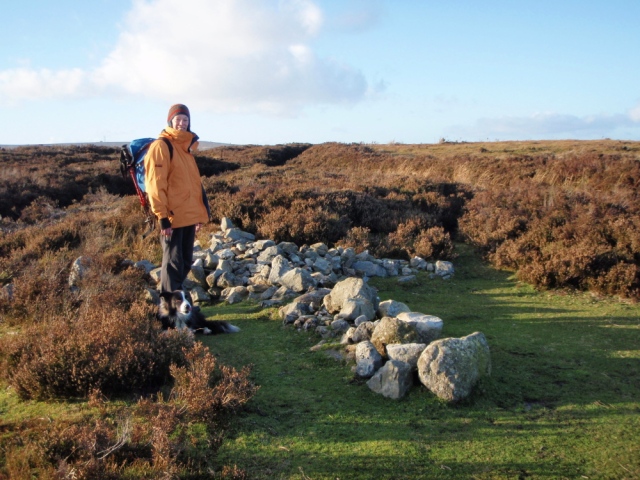 Stone cross on the return route

Another view of the stone cross

Heading down towards World’s End 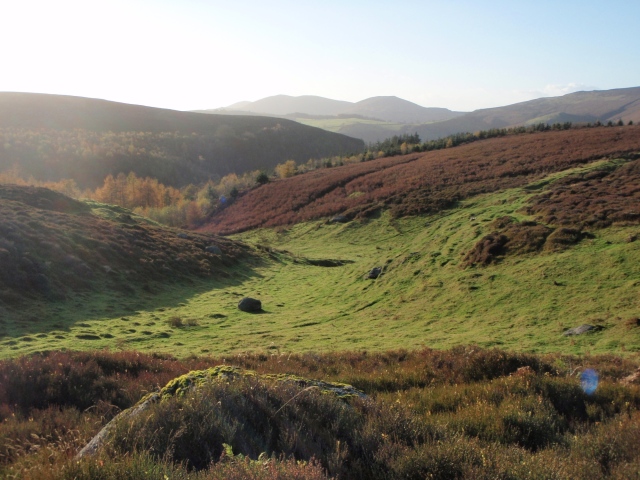 Start of the gully that becomes ‘World’s End’

On the return we bumped into a large cross formed out of stones, with no clues as to who made it or why, but the occasional remains of old mines near here probably hold a clue.  Then, it was downhill all the way, crossing over the head of the small valley that becomes World’s End.  We left that descent for another day – we’ll be back for another look at these surprising little hills.

I've been mucking about in the mountains for longer than I care to mention. I started out by walking my local hills, then went on to rock climbing, mountaineering and skiing. Still doing it, and still getting a buzz. I'm now sharing the fun, through my guided walking business (Hillcraft Guided Walking) and by writing routes for other publishers, mainly Walking World and Discovery Walking Guides. Just to make sure I keep really busy, I am also currently a member of my local mountain rescue team.
View all posts by Paul Shorrock →
This entry was posted in 5. North Wales and tagged Clwydian Hills, hillwalking, photography. Bookmark the permalink.