#81 – The quiet hills of the Llŷn Peninsula

I don’t usually do requests in this blog, mainly for the reason that I don’t get many requests!  In post #76 I wrote about the processes I go through writing walking routes for websites.  I had a bit of fun adding some archive photos, and inadvertently started a mini ‘Spot the location’ competition!  Fellow outdoor blogger ‘Mountain Coward’ asked for a bit more info on one of the pics, and how could I refuse – So, here’s a Welsh walk that Chris and I did in October 2010.

The three peaks of Yr Eifl

The Llŷn Peninsula is one of the least exploited parts of North Wales, and the hills are quiet and deserted.  The main attraction here is the three peaks that make up Yr Eifl (#37) – driving from Caernarvon to Llŷn these hills dominate the view, so much so that it’s easy to miss the group of hills above the villages of Clynnog Fawr, Gyrn Goch and Trefor.

We set out walking from the village of Clynnog Fawr with its attractive church, and began a long uphill stretch.  These are small hills compared with Snowdonia just down the road, but the start point was near the sea at just 30 metres altitude and our first peak of Bwlch Mawr was 509 metres.  Due to the lie of the land, the hill is not visible from the village, and our views initially were mostly of Gyrn Ddu and Gyrn Goch, the next hills on the agenda.

The final ascent to Bwlch Mawr

The summit of Bwlch Mawr, with the distant hills of Snowdonia peeping up through a cloud inversion.

From Bwlch Mawr we had to lose 100 metres of our hard-won height gain to head down to the Llŷn Coastal Path.  The Path follows a plateau surrounded by higher hills that at times looked similar to Dartmoor, or the Pennines or lots of other places that aren’t North Wales!

Looking back to Bwlch Mawr on the descent

Some fairly level walking brought us to the final ascent of Gyrn Ddu, our highest peak of the day at 522 metres.  From a distance, the summit looks like a stony lump, but close up it became a rocky ridge which, although not difficult enough to be a graded scramble route, was one of the most interesting features of the day. 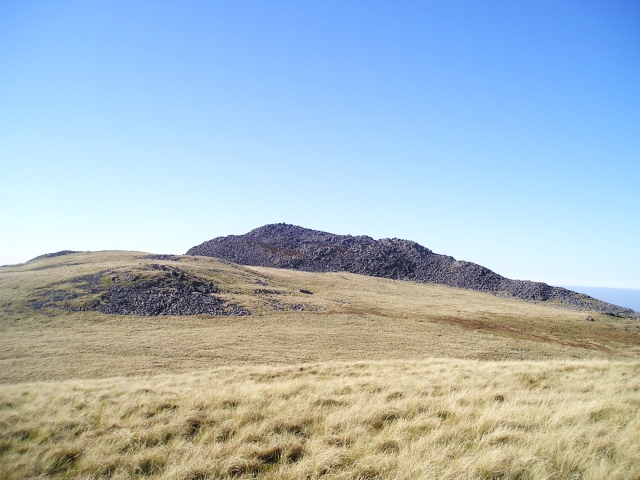 Gyrn Ddu – at 522 metres our highest peak of the day

Close up view of Gyrn Ddu

The summit rocks of Gyrn Ddu

The summit of Gyrn Ddu was uncharacteristically rocky for these grassy hills.  The view towards Yr Eifl was partly obscured by haze, but our route to Gyrn Goch was clear enough – another height loss before that last height gain of the day.

Gyrn Goch, last peak of the day – more down, more up! 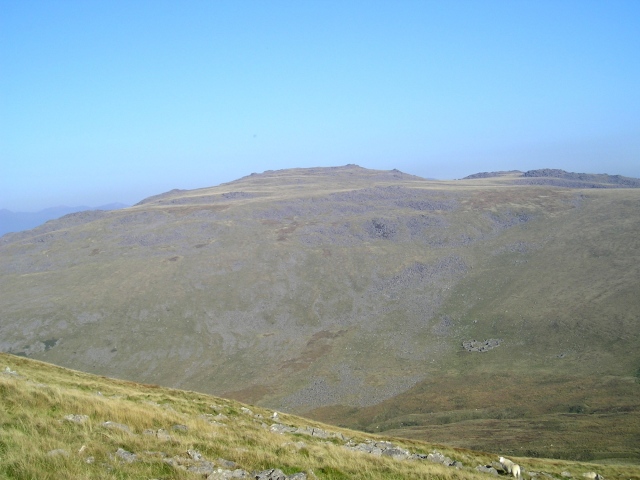 Looking across to our first peak, Bwlch Mawr

From Gyrn Goch it was downhill all the way, with more views back towards Bwlch Mawr before our final descent to Clynnog Fawr.  These might not be the biggest hills we have walked, nor did they have any great technical difficulty, but we didn’t see a soul all day – how many other upland areas of Britain could you say the same about?

The final descent to the village of Clynnog Fawr

I've been mucking about in the mountains for longer than I care to mention. I started out by walking my local hills, then went on to rock climbing, mountaineering and skiing. Still doing it, and still getting a buzz. I'm now sharing the fun, through my guided walking business (Hillcraft Guided Walking) and by writing routes for other publishers, mainly Walking World and Discovery Walking Guides. Just to make sure I keep really busy, I am also currently a member of my local mountain rescue team.
View all posts by Paul Shorrock →
This entry was posted in 5. North Wales and tagged hillwalking, llyn, mountains, photography. Bookmark the permalink.

10 Responses to #81 – The quiet hills of the Llŷn Peninsula